What is the Bunch app?

It allows you to party up with friends over video, and jump into your favorite multiplayer games together. It’s just like a house party – with amazing games you can play with friends – anytime, anywhere.

Bunch comes bundled with several awesome multiplayer games you can play with friends. You can also launch many of your favorite multiplayer titles – and play them together over video chat!

What do parents need to know about Bunch?

Here’s a list of items we try to evaluate with each app we review.

It is live interaction so you never know what will be viewable. However, if you are only friends with people you know and trust, then a lot of the risk of inappropriate content will go away.

Does Bunch have default public settings?

Bunch works only with users who are your friends. There is a private mode in which all of your rooms are locked and other users need to be invited or knock before they are allowed into the room. 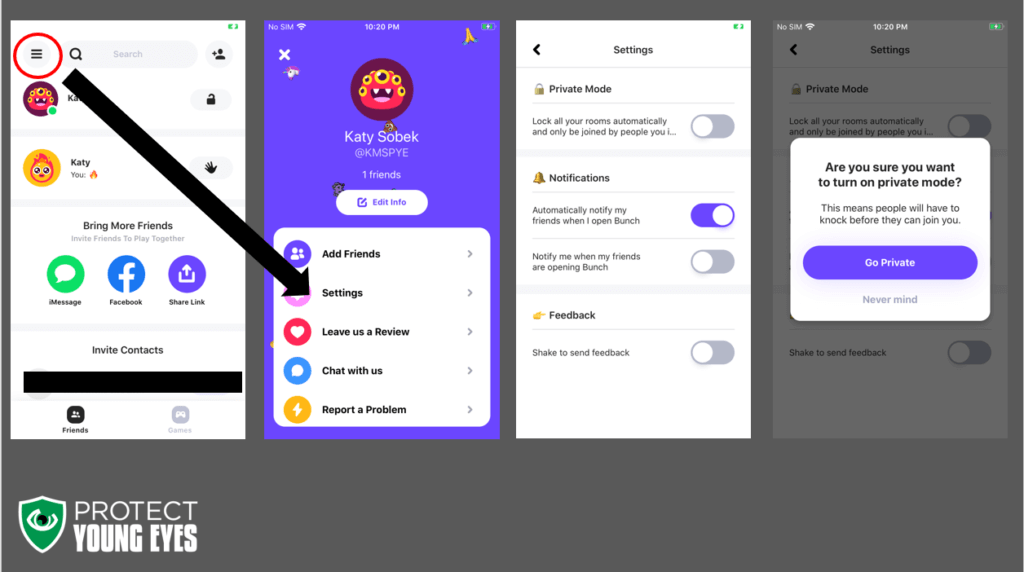 There is no location setting on Bunch!

Everything is a live video whether you are just chatting or playing a game together.  So while it is not like Snapchat, there is no ‘undoing’ what happens in a live interaction.

Does Bunch have direct messaging?

Yes. If you tap on their user name, then you can send them a message or a picture. Content can not be deleted once it is sent. It also creates a log of every interaction that you have had with that user.

Does Bunch have ads and in-app purchases?

No. Even when playing games we did not find any ads pop up.

Does Bunch make it easy to report bad content?

Not really. If someone is doing something inappropriate while you are chatting or playing a game, then you can end the chat or game. In your friend list, you can either unfriend or report another user. 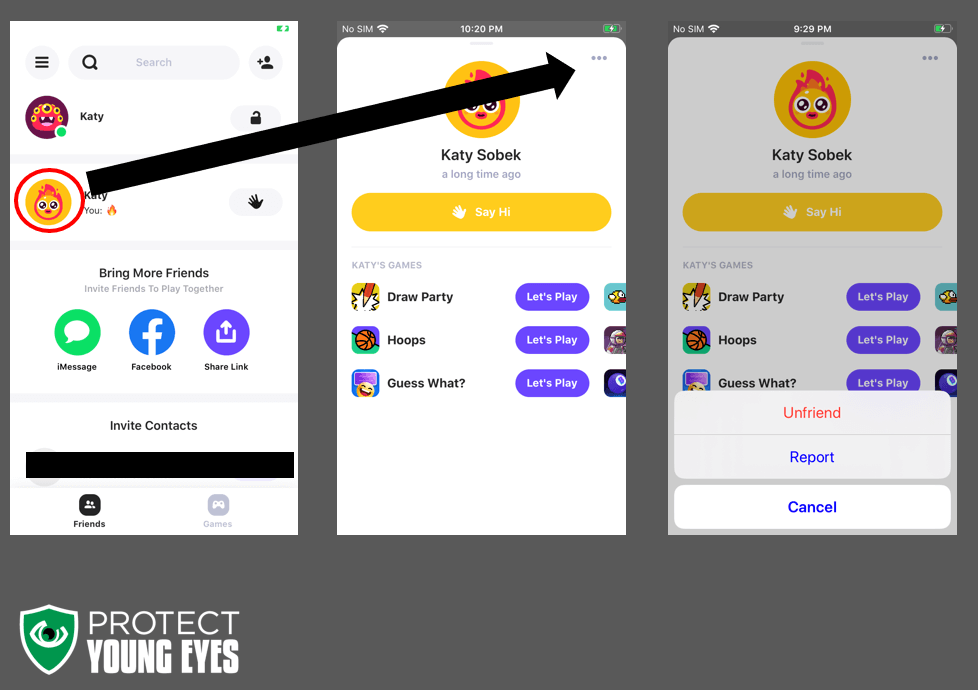 Yes. If you sign up with a phone number, then Bunch will send you a verification code. Users can also sign up through their Apple ID or Facebook.

It could. Like a social networking app, it really depends on who you connect with.

The app itself does not. If a kid connects with an online stranger from another app, then they could also become friends on Bunch.

What third-party games does Bunch support?

There are seven preloaded games already on the Bunch app.

But users can also play Call of Duty Mobile, Golf Battle, Brawl Stars, Roblox, Uno, Scrabble Go, Agar.io, Fun Run Arena 3, PUBG, Clash Royale, Arma Jet, Go Battle, Guns of Boom, Badland Brawl, Clash of Clans, Creative Destruction, Frag, Rules of Survival, Basketball Stars, Battlelands Royale, Card Party, and Exploding Kittens. If you have any of these games installed on your device, then they will automatically show up in the games section of the Bunch app.

Can video or microphone be disabled?

Yes. Both can be turned off while chatting or playing a game.

The bottom line: Is Bunch safe for your kids?

This app could be used by kids 13+ with parental monitoring. We like that interactions can only happen between friends and that the content in the direct messaging can not be deleted.

3 amazing ways to keep tabs on an app like Bunch:

Ready to monitor social media? Then it’s time for Bark.

Because the app is brand new, no one monitors it yet. But, Bark can send an alert when new apps are downloaded. Plus, they cover plenty of other apps that kids love, including texts, chat, email, YouTube, and 24+ social media platforms for signs of cyberbullying, suicidal ideation, adult content, and more.

Parents and guardians don’t have to read every message — instead, they’ll get alerts only when there’s a potential issue. Sign up today for a free, one-week trial!