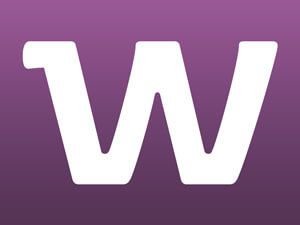 Description: A way to anonymously share feelings with pictures and words, and if so desired, connect with individuals through a messaging option. The APP store description says this, “build lasting, meaningful relationships in a community built around trust and honesty,” which is somewhat strange, since the app’s appeal is based on anonymity, making community building difficult at best.

Sexualized – plenty of suggestive, sexually charged material in the form of provocative pictures and words (“heart this picture if you’ve masturbated today”). The ability to connect with others with FREE private messaging is inherently risky. In July 2015, a Grand Rapids man was found guilty of soliciting naked pictures from underage girls through the chat feature.

Predators – Whisper has been used for trolling potential victims. Detectives in Seattle said that a man admitted to using Whisper to arrange to meet a 12-year-old for sex. The Whisper user said she was 14 and the predator had her send sexual photos. He then drove to her house and told her by phone how to sneak out by removing a screen and they drove to a hotel where they had sex.

No Privacy – Whisper reveals a user’s location, which can compromise privacy and safety. CoolMomTech said, “If you’ve enabled location services, your whispers can show up in lists of nearby whispers, which increases the possibility that you’re not so anonymous after all.”

Risky Behavior Skyrockets – because Whisper allows users to remain anonymous, teens will likely say things that they wouldn’t say otherwise, including posts about teachers, etc. The problem of cyberbullying on Whisper, particularly in the instance of inappropriate comments made on the app following the death of a North Carolina high school student, has prompted an online petition for Whisper to change its cyber bullying and age policy.

No Parental Controls – the Whisper app can’t be monitored with conventional web filters and is not stopped by Open DNS. In the settings, you can hide “NSFW” (not safe for work) content from showing up in the Home feed, but this is easily switched.

Anonymity fuels risky behavior. Also, a general rule, if an app cannot be easily monitored, parents may want to consider whether it’s appropriate for middle school students. Parents should take caution when deciding if their young kids should use this app based on the risks noted.