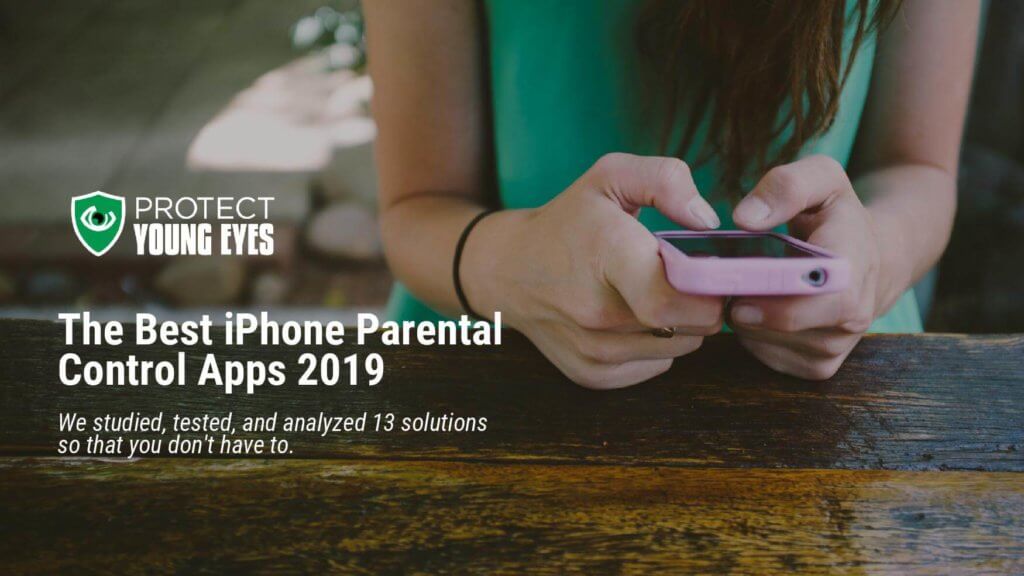 “I don’t have time to do the research.”

Four years ago, that line from a parent planted an idea. That idea became Protect Young Eyes.

If you type “parental control apps” into the Apple App Store, you are greeted with many options. It’s an overwhelming list for a too-busy parent.

Who has time to research all of them? You already only sleep four hours a night and in spite of your beautiful calendar app, you still left your son at soccer practice last week.

This is where Protect Young Eyes steps in! We exist to help parents like you save valuable time by doing the research for you. We care DEEPLY for families.

Which is why we spent over 50 hours dissecting 13 of the most popular iPhone parental control and device monitoring apps on the market today.

The victims of our iPhone parental control testing include (in no particular order) include:

[Note that Net Nanny isn’t in the list. I believe their time has passed. Previous experience on mobile was really poor, so we don’t ever recommend them and didn’t bother testing it again.]

We tried hard to beat them, thinking like a motivated, hormonal, tech-savvy 13-year-old boy who wants to make sure mom doesn’t follow his digital footprints.

Yea, we know that kid well. We’re pretty confident you won’t find a more comprehensive and caring analysis than what we’ve done over the past three weeks.

In fact, here’s a screen shot of just one small section of our 86-row (!) testing spreadsheet. Admittedly, we do have a strange, nerdy love for a good spreadsheet (Excel is our CEO’s love language).

We’re publishing this blog post RIGHT NOW because with Christmas here, we’re on the verge of millions of kids opening up millions of digital devices. We thought it was important for parents to get the right protections in place.

Note – although we’ve had certain parental control solutions we’ve recommended during 2018, we started with a fresh slate and performed our test objectively, fully willing and ready to start recommending something new if the evidence pointed in a new direction.

What are Parental Controls? Some Key Definitions.

Before showing you the results, it’s important to define a few terms.

Related Post: What’s a VPN and Why is there One on my Kid’s iPhone?

(This is just the summary. We include an insane amount of detail further on if you’re interested.)

*Full disclosure time. Our CEO and founder, Chris McKenna also does marketing for Covenant Eyes. But, setting that aside for a moment, consider the evidence. Some of you reading this might have seen their recent emails about machine learning and Screen Accountability. They’ve been doing R&D for this project for three years. We’re confident that leadership at Accountable2You and Ever Accountable also care deeply about helping their customers live porn-free. But Covenant Eyes seems to be leading the way by staying ahead of the technology curve, creating reports that are actionable (and getting better), writing adult-level educational content, and investing in a call center with >60 humans answering calls 6 days a week. And no one has been doing it longer (17+ years).

There’s an important distinction to make between Bark and other solutions here. Bark is not a parental control solution. At least not in the traditional sense. It isn’t designed to PREVENT behaviors. Instead, it’s a parental ENGAGEMENT solution, which is designed to report on behaviors so that parents know when to get involved. Bark uses a complex algorithm to detect when kids use certain words like “suicide,” “whore,” and a whole list of other terms.

This notion of engagement is similar to the accountability relationship promoted by organizations like Covenant Eyes, Accountable2You, and Ever Accountable.

***A specific note about Circle (with Disney). Millions of people use the white cube, which “sniffs” wireless traffic and unpacks it before it gets to the router. It was truly a game-changer when it was released. But, stepping back and taking an objective look, it’s great for 3 things:

Moral of the story – if you use Circle and Circle Go (their DEVICE-level solution), then you must layer in something to block bad stuff, like CleanBrowsing, on both the router and the iPhone (which we explain in great detail in our popular DNS blog post).

This grid shows what solutions we recommend by age/stage of life and related cost. It’s just a different way of organizing our results (if you click the image, it will take you to a media file that you can pinch/expand more easily). Be sure to take it all in – including the * and ** notes underneath the grid, which are really important.

Boomerang (also very strong at the device-level, just behind Mobicip):

All three of these solutions are strong. Here are more details about the rest of the group.

Details About the Other iPhone Parental Control Apps We Tested

Qustodio – their parent app is organized beautifully, but their customer service isn’t good, their content filtering failed most of our testing, and it didn’t keep as much detail about browsing history as we would have liked. More details:

MMGuardian – they provide a serviceable browser that struggled with non-traditional search engines like Yandex, DuckDuckGo, Dogpile, and AOL. It is very reasonably priced, but lacks other YouTube and app-level control that is so strong in Mobicip. It’s only available for iOS and Android.

Netsanity – it has a lot of really nice features, but their content filtering failed most of our tests and it’s really expensive when compared to Mobicip or Boomerang ($99/year for only two devices).

OurPact – parents love this app, evidenced by hundreds of thousands of downloads. Their strength is having a 1-device free version that includes a button that shuts off access to the phone and a paid version that is still really inexpensive ($6.99/month). Here are more details:

Accountable2You – it’s 100% accountability. No filtering. It’s just not enough for protection-minded parents. There’s no safe search toggle and a lot of our edgy searches that turned up questionable content weren’t even flagged by their iOS VPN as explicit. The website says, “We do not stop a user’s activity, but ensure it is reported to accountability partners.” And we found that this just wasn’t true.

On the positive side, Accountable2You is the only software solution that has downloads for seven platforms, including Chromebooks, Kindle, and Linux, and it monitors some text within Snapchat, which is great.

Apple’s Screen Time – this comes free on every iOS device (iPhone, iPad) and we promote it as a great layer along with other solutions, as shown in the Age-Solution grid above. If you have iOS devices, then you should ALWAYS have at least a few aspects of Screen Time enabled.

Related Post: How do I set up iOS 12 Screen Time?

If you’re a family that depends on the content restrictions in Screen Time because they’re free, then these are sites that you will have to blacklist (called “Never Allow”) in order to prevent unmonitored access to pornography:

Ever Accountable – very similar to Accountable2You above, but without Snapchat or Linux coverage. It’s a good service, helping thousands of people live porn-free and they’re sporting a recent endorsement from Dave Ramsey. Because it lacks blocking and filtering, it’s definitely geared toward adults.

Their process for signing up for new service was definitely the easiest of any of the other solutions we tested. They deserve kudos for a great user experience. Being able to use Facebook or Google credentials was so easy.

If anyone is interested in more specifics from our spreadsheet with 86 rows of testing criteria, we’d be happy to share them.

Depending on what you’re most concerned about, protecting your family from digital danger might (and often) requires using more than one solution. We’ve shown this in the “Age-Solution Parental Control Grid” above where using, for example, Bark, Apple’s Screen Time, and Covenant Eyes for your high school child can be very effective.

But, not all solutions play nicely in the same sandbox. For example, as we pointed out above, anything that uses a VPN renders it incompatible with most other solutions.

In the specific case of Mobicip’s VPN, this means a device using Mobicip isn’t controlled by Circle and/or won’t obey the clean DNS you might use on your router with CleanBrowsing. But, in that case, maybe you still put CleanBrowsing’s clean DNS in the router and you still connect Circle to your router in order to control others who use your WiFi, like neighborhood kids, babysitters, visitors, friends, etc.

We’ve created the following compatibility grid to help. Warning – in spite of our best efforts, there’s a decent chance you’ll find an exception to our testing. If so, please just let us know. We’re far, far from perfect! (if you click the image, it will take you to a media file that you can pinch/expand more easily)

What Parental Control App is Right for Your Apple Family?

This blog post is intended to be a flashlight that shines in a general direction. Are you a family that uses Qustodio and loves it? GREAT! Just be aware of its weaknesses and compensate where needed. You’re not a bad parent if you don’t take our advice.

We care deeply about families. The point is to do something. And, since we know many of you don’t have a spare 50 hours to do the research, we hope this post makes your decision-making a little easier.

Still have questions? Leave a comment below and we’d be happy to help. (And, we hope to test Android solutions in January 2019!)

*There may be affiliate links in this post because we’ve tested and trust a small list of parental control solutions. Our work saves you time! If you decide that you agree with us, then we may earn a small commission, which does nothing to your price. Enjoy!