A Kansas City hospital has seen a horrifying increase in peer-on-peer sexual abuse among children and they have a theory on what is causing it. “Last year, Children’s Mercy saw 444 kids who were sexually abused within the last five days (of arriving at the hospital). That number rounds out to around 1,000 a year when they include the children who report sexual assault after five days. Victims are most likely girls around 4 to 8 years-old.” [ouch]

And when little people are sexually abused, it often unleashes a toxic combination of shame, arousal, confusion, and curiosity in a young, shapeable brain.

Unfortunately, the outcomes observed at this hospital support what those of us working to protect families have known for years.

The internet gives young kids access to way too much information they just aren’t ready for. And, sometimes it’s causing them to do horrible things to each other.

Journalist Sarah Plake from KSHB 41 News wrote a detailed piece about what nurses and pediatricians are seeing at Children’s Mercy Hospital in Kansas City. Heidi Olsen is the Sexual Assault Nurse Examiner (SANE) Coordinator at the Hospital, and shares what she’s seeing throughout the piece. “To sexually assault someone else, that’s a learned behavior” Olsen states. Plake goes on to report:

“We know that it’s probably multi-factorial. I think there are lots of things that contribute to this, but that is the question; How are we, as a society, failing in such a way that we have 11, 12, and 14-year-old boys, primarily, committing violent sexual assaults?” Hansen said.

The unfiltered internet is littered with pornography. Without filters in place, Google, Bing, and Yahoo almost feel anxious to show us something unsavory.

Kids Love to Copy Everything

We love curious kids. Kiddos who question, explore, and mimic our every word and action. They soak up their environments like little, energetic sponges.

Some scientists have theorized that an abundance of mirror neurons are at least partially responsible.

First observed in primates, mirror neurons represent a special class of neurons that activate both when an individual performs an action and also when that same individual observes an action performed by someone else. Studies on humans have discovered brain activity consistent with that of mirror neurons, too.

In other words, a child who sees pornography is likely to have a strong desire to want to try whatever he or she observed. Peer-on-peer abuse often occurs not because they’re bad kids, but because there may be a neurological tug to do so.

And, with easier access, and more degrading content available, the potential for disaster seems higher than in the past. According to Rene McCreary, the director of counseling services at the Metropolitan Organization to Counter Sexual Assault:

“Pornography is different today than it used to be. So, 80 percent of the 15 most-viewed films portray women being hit, spit on, kicked, called degrading names. The kinds of behaviors we wouldn’t want our children, or anyone, to act in. Pornography has become more violent.”

Peer-on-Peer Sexual Abuse is on the Rise Globally

According to a 2017 article from The Guardian:

“Almost 30,000 reports of children sexually assaulting other youngsters, including 2,625 alleged attacks on school premises, have been made to police in the last four years, figures reveal.

A friend of mine who works for a local non-profit agency that assesses and counsels minors who have committed peer-on-peer sexual offenses against other minors reported to me that for all cases during one year, all of the offenders had one thing in common – they experienced early exposure to pornography (early  = elementary school).

How to we Protect Kids from Peer-on-Peer Abuse?

Recommendation #1: Tell as many young people as possible what pornography is and what to do when they see it. Start with your kids. Practice the talk and GET IT DONE!

Stop living in the ignorance of IF. It’s only a matter of WHEN your child will see something pornographic. There are just too many digital doorways and you don’t have the keys for half of them. 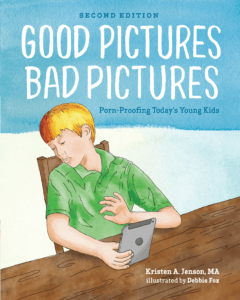 Mom, dad, if you wait until you’re ready, it’s too late. If they ride the school bus, it might be too late. They’re ready before you are, so get it done!

Recommendation #2: Filter and monitor every digital device in the house. This week. You have five days. No more excuses.

Or, maybe you need a new router! We’ve tested them and share our recommendation here in our 2020 Wireless router testing – Gryphon is what Chris uses in his home! 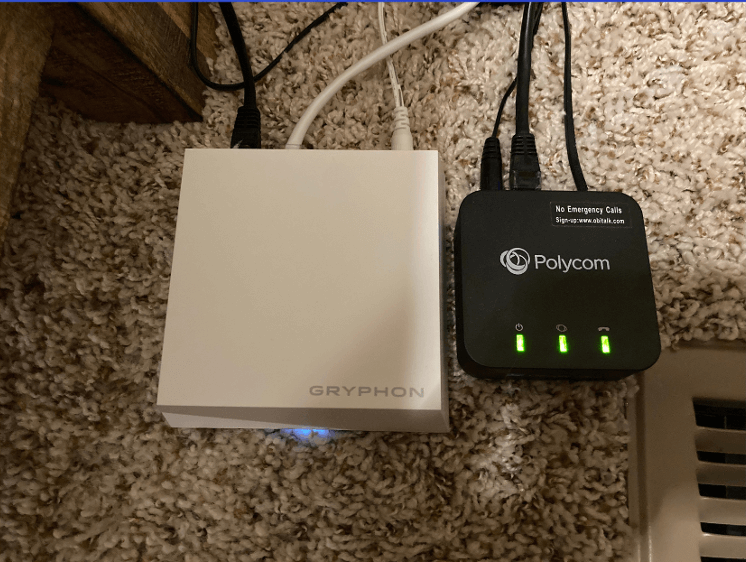 Recommendation #3: Keep digital devices out of secret places. One-on-one with the internet, kids almost always lose (adults do, too).

This one is self-explanatory. No bedrooms, bathrooms, school busses, or sleepovers. Read more in our recent post, The 5 Most Dangerous Places for Kids to be Online. And, if they can’t have smartphones in their bedroom, then you can’t either. Sorry, no more Candy Crush before going to bed.

Parents, model the way. Remember that spongy brain point above? It applies to your kids, too. They do what you do.

Have you seen our webinar, The Toxic Trio? It’s 30 minutes, free!

Recommendation #4: Normalize pornography in your home.

I bet that got your attention. My kids talk about pornography openly and often. They joke when they see someone on the TV come out of the bathroom in a towel, “ahhh, that’s pornography!”

Recently, upon seeing me and my wife kiss in the kitchen, my teen daughter said, “Hey, knock it off, that’s pornography,” with a sly smile.

My kids are 9, 10, 10, and 15. They’ve known the word for years. That’s due to our intentional efforts to ask them, “Have you seen anything unusual, naked people, anything scary on the internet recently? You can always tell me.” ZERO shame. 110% open and comfortable. IT’S JUST A WORD.

Bonus recommendation: The steps above focus on what to do to PREVENT peer-on-peer abuse. We’re also big fans of giving kids tools on the REACT side of peer-on-peer abuse, too. Have you looked your kids in the eyes, lovingly, and asked them if anyone has ever touched them in their bathing suit area? Make this a normal conversation, too.

It’s a different world than the one you grew up in. No wimpy parenting! You got this. And, we’re here to help.

*There may be affiliate links in this post because we’ve tested and trust a small list of parental control solutions. Our work saves you time! If you decide that you agree with us, then we may earn a small commission, which does nothing to your price.