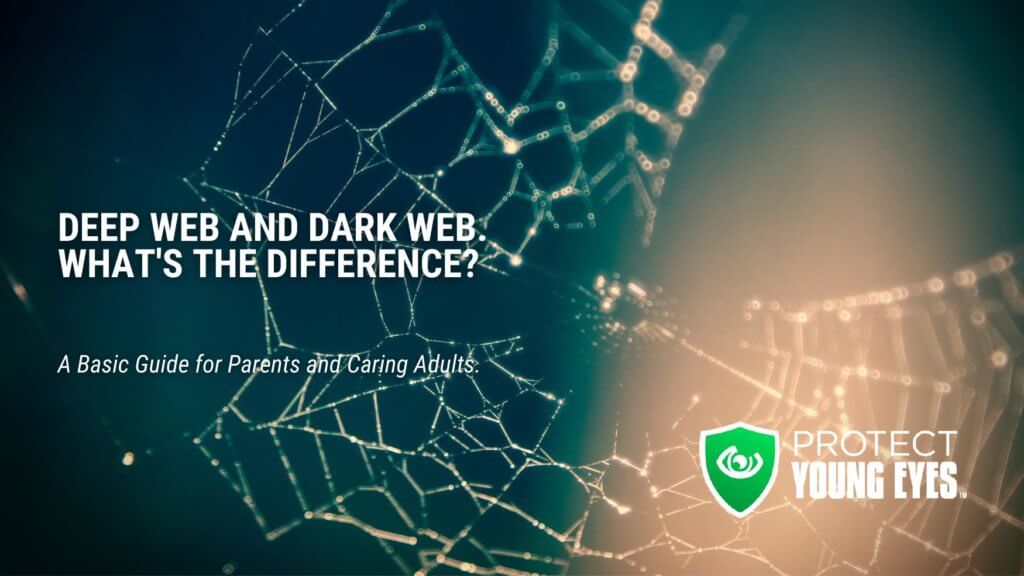 What is the dark web? You mean, there’s a deep web? I’ve never heard of that!

You may have heard it called “the underbelly of the criminal world” or “the platform for all things illegal,” which can certainly be true. We want to expand your understanding and shine some light on both the dark web and the deep web, especially since TOR (The Onion Router, an encrypted search engine) is now available in the Apple App Store (rated 17+) and Google Play Store (rated Everyone, which makes no sense).

The dark web is part of the world-wide web but is hidden, secretive, and anonymous due to its use of encrypted networks. It cannot be found using familiar or popular search engines like Google, Yahoo, or Bing. The deep web is slightly different, but shares similar attributes.

Picture the internet broken into 3 parts 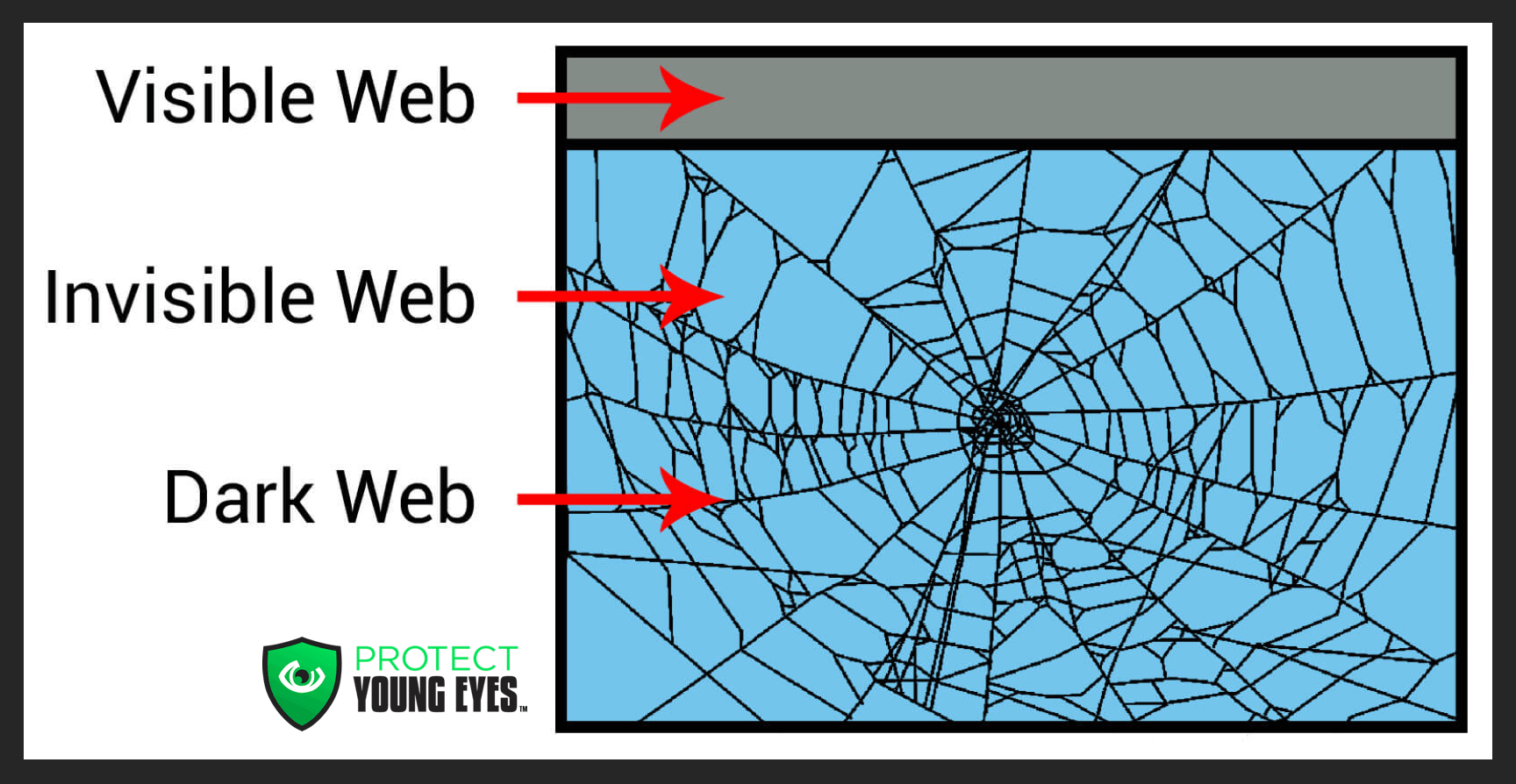 Clearnet (the visible web) contains information available to the public and has sites where users are tracked with cookies, and IP (Internet Protocol) data is shared. Internet sites visited by the user, as well as their location, can be tracked when using the surface web. Sometimes users have enough internet savvy to hide their IP address or use a VPN to avoid some of the monitoring or tracking taking place behind the scenes.

The deep web is different due to its level of privacy; sites are not public, catalogued, or browsable by search engines here. Some sites may still be accessed, if the URL is known, but others will require login information to view. The kinds of information found here would be corporate intranet pages, banking and securities pages, government records, medical records, legal documents, etc. For example, your personal Netflix queue is part of the deep web. So is your personal, logged-in screen on Amazon.

The dark web, which is part of the deep web because sites are not indexed, can only be used with specific encrypted networks. This makes it sound difficult to gain access, but TOR (the most popular browser for the dark web) is available to anyone who has access to the app store. This is why Protect Young Eyes recommends turning off the app store until kids are mature enough to handle the available content. (There are other programs, like I2P, used to access the dark web but they aren’t currently available in the app store.)

The history of the dark web.

According to a very informative Quora entry:

There is more than one dark web. The three biggest dark webs are Tor, I2P, and Freenet, but there are others.

Freenet is one of the earliest, if not the earliest, darknets. It was created in March 2000 at the University of Edinburgh. It was based on a student research paper written in 1999 by Ian Clark.

The biggest dark web is Tor. Tor was created by the US government. The idea of an encrypted, anonymizing, onion-routed network came from DARPA, the Defense Advance Research Projects Agency. The first onion routing software was developed at the Naval Research Laboratory.

Tor received funding from Harvard, the US State Department, The National Science Foundation, Princeton University, and others!

Why would the government create such a thing? (1) To provide anonymous, encrypted communication in the event of a complete disaster, and (2) to create a way to get information into and out of totalitarian countries that restrict or censor the Internet.

How large is the dark web?

There is often confusion between the deep web and the dark web, and sometimes the terms are used interchangeably but they aren’t synonymous.

The deep web is made of millions of uncatalogued sites and is estimated to make up 96% of internet content available (and houses the dark web), as opposed to the 4% on Clearnet or surface web. Contrary to what you may believe or have been told, the dark web isn’t very big.

Compared to the millions of sites that make up the deep web, the dark web, according to experts, contains a range somewhere between 10,000-100,000 sites at one time. Sites on the dark web can be temporary and “mobile” because anonymity and privacy is important and because illegal sites are sometimes shut down by law enforcement, when discovered.

How does the Tor browser work?

Every device has an assigned IP address. Whenever you use the internet, your movements can be followed and traced using this address. The IP address allows information to be stored and remembered for use later, which can be helpful in saving time, but it also tracks how and where the device is used.

TOR’s browser looks like other browsers, but the difference is what happens behind the scenes. If you’re located in one area of the country and want to search a site hosted in a different state, you are not directly routed there with TOR, as with other browsers. TOR can route your IP address through an entire network of computers positioned around the world in order to disguise where you are and who is searching and looking for information.

Due to anonymizing, the browser may run more slowly, and some websites may not allow you access because they’ve chosen to block traffic from TOR. 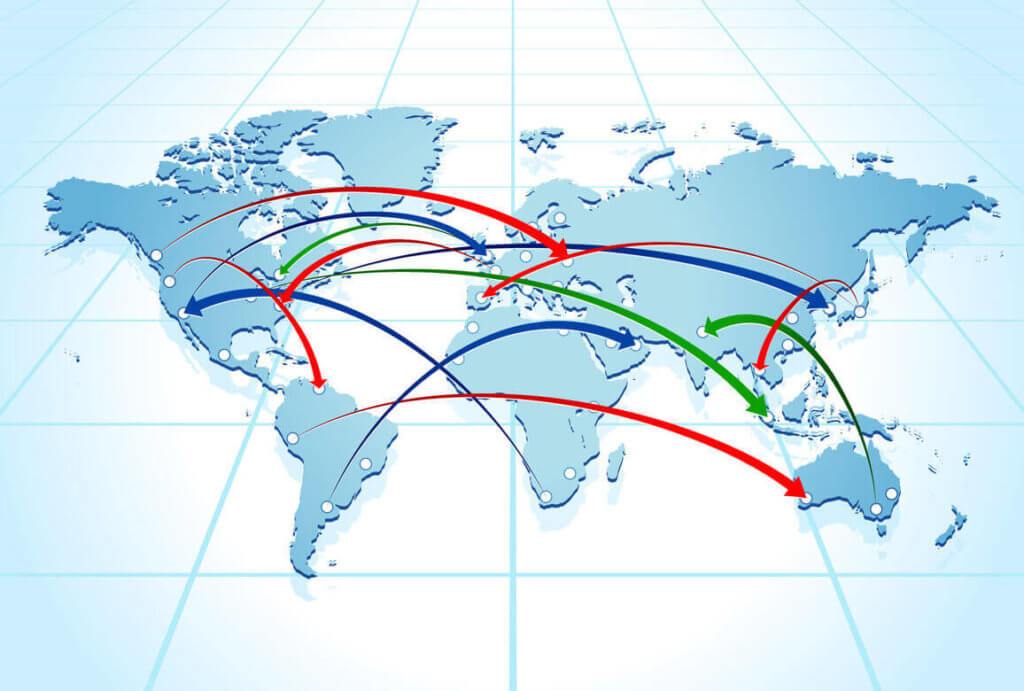 What will I find on the dark web?

The dark web and its existence has made headlines over the years when one criminal ring or another has been caught and shut down. One notorious online black market was the Silk Road. This was like the dark version of E-bay where things like drugs, weapons, and many scarier things were auctioned off. This site was shut down by law enforcement in 2013. In 2015, the founder was sentenced to life in prison, but other sites continue to arise and replace it. 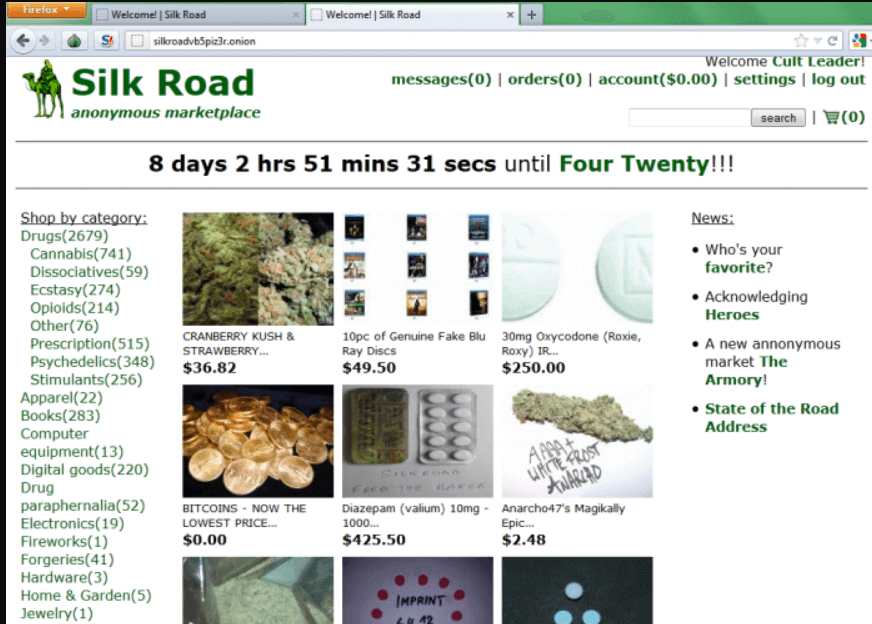 Encountering questionable, illegal, and ugly behavior on the dark web is very possible. This could include things like child pornography, the sale of human organs, human/sex trafficking, murder for hire, weapons, drugs, and stolen information (including credit card, bank, identity, etc.).

If a user decides to navigate the dark web, real potential to compromise personal information and security exists. Though surfing legal sites on the dark web is legal, there’s a chance one could stumble upon an illegal one by mistake. Online thieves could be waiting to take advantage of a digital situation with a newbie to their domain.

The currency of choice on the dark web is Bitcoin. This type of cryptocurrency has been mentioned by mainstream media and its popularity has grown globally since it came on the scene in 2009. While there are other types of cryptocurrencies available, Bitcoin still remains the most popular way to buy and sell on the dark web.

There are also individuals using the darknet for some nobler purposes (though not always considered legal). Former NSA subcontractor and famous whistleblower, Edward Snowden, used the dark web to send information to reporters and the media to expose the U.S. government’s mass surveillance program, which included its own citizens.

Many people from closed, oppressive, and totalitarian nations use the dark web to interact with others outside their country. Reporters, journalists, and activists may also utilize the dark web in order to protect themselves and the information they possess.

How do I protect my kids from the dark web?

STEP ONE: Block the Tor app on smart devices.

The app store is filled with the good and the bad. We recommend turning off app store access to your child until at least age 16. Some kids – even at 16 – may not be able to handle unmonitored access to the app store, so decide for yourself based upon your child and their individual personality.

Covenant Eyes for Windows and Mac blocks use of the Tor browser through its partnership with CleanBrowsing.

STEP THREE: If you have a tech-minded kid, talk about the dark web.

Hopefully, this blog post will give you the right words to say. Or, if you’re a home school parent, maybe have your child do a little investigation. Get their mind spinning on government conspiracy theories!