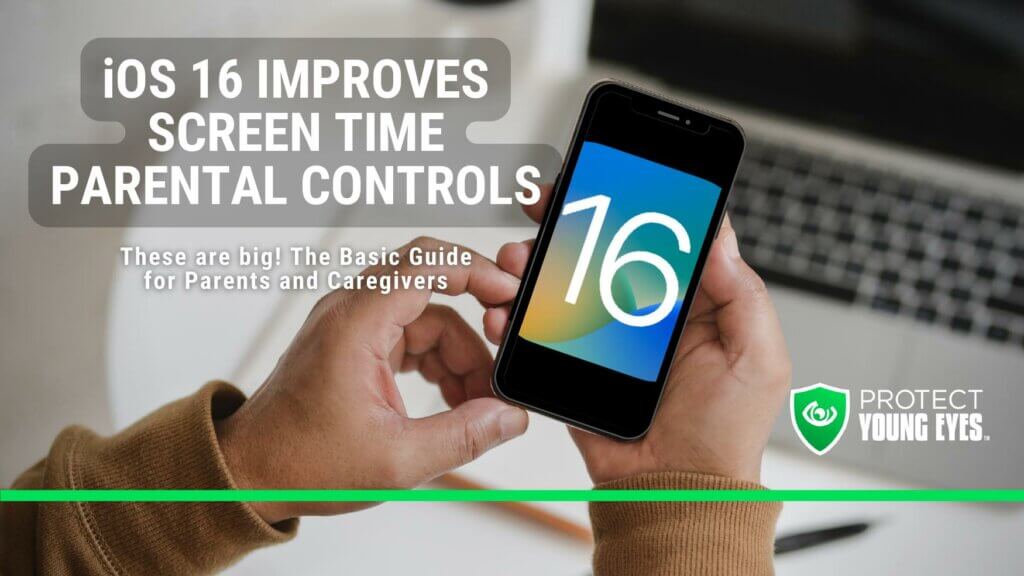 This week, Apple is releasing iOS 16. This is consistent with their pattern of rolling out significant iPhone and iPad changes each fall.

For parents, this change includes the first significant improvements to the usability of their Screen Time parental controls since its 2018 release. By “usability,” we mean making set-up easier for parents who give their children an iPhone for the first time. It also includes a really handy checklist for parents who haven’t changed Screen Time settings for a while.

Historically, setting up Screen Time has been difficult for many parents and caregivers. It’s a complaint we hear about often from our followers. And we agree. Sometimes requiring over 30 steps to get it right.

Our belief has always been, “Why isn’t setting up parental controls the easiest thing to do on an iPhone?” If Apple takes seriously the protection of millions of young people using iPhones and iPads, then make it dead-simple.

It got the attention of Apple’s Global Trust and Safety Team and opened the door to meetings in the fall and winter (2021-2022). The letter also caught the attention of Senator Mike Lee from Utah, who again, forwarded the letter to Apple’s executives.

Here’s a wonderful KSL Utah news segment highlighting iOS 16, including an interview with Senator Lee about these Screen Time improvements.

As we state in the letter, since almost 90% of American teens will own an iPhone, Apple has a unique opportunity and responsibility to improve child safety on their devices.

Although there are a whole list of changes coming with iOS 16 and iPad OS 16, we want to highlight those that parents and caregivers might care about the most.

Family Sharing Moves to the Top

One of the more underrated parental control improvements in iOS 16 (and on iPads) is placement. I love that they’ve moved the Family Sharing grouping front-and-center in Settings. This could act as a helpful, visual reminder that parents should be involved in their kid’s digital devices. 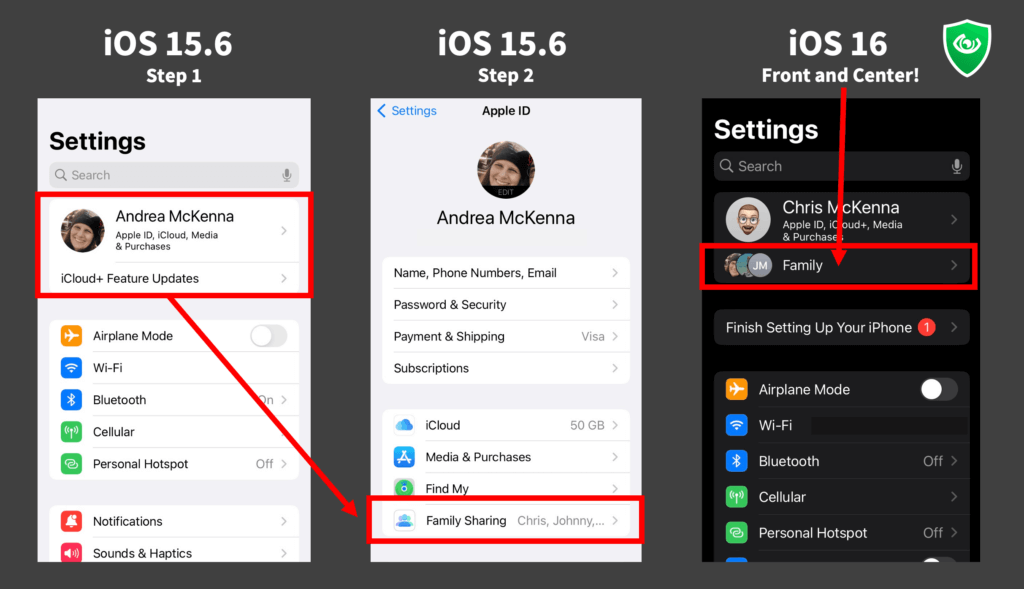 Another great enhancement to Screen Time on both iPhones and iPads is the age-based slider, which auto-selects key parental control features when new kids are added.

This is huge! The first item in our Apple Letter called out the importance of using age-based defaults. This topic was the thrust of our meetings with Apple in 2021.

And here is a first version!

Many of these important settings – like clean music, books, websites, and app ratings – used to be buried in Screen Time, sometimes requiring 30 steps to get it right. Watch this 1-minute video for a quick rundown:

In the video above, also note the Family Checklist, reminding me of Screen Time settings that might need a refresh or might be best based on my child’s age. This is a good way for parents to be nudged about even better ways to protect their kiddos on iPhones and iPads. Great!

In our letter to Apple, we plead with them to give parents more control over iMessages (e.g., prevent iMessage deletion), but we didn’t get that. We’re hopeful Apple does something soon, since so many parents use texting as a training ground on a smartphone.

Instead, we received the ability to EDIT, UNSEND, and MARK UNREAD in iMessage. Note for parents – on the surface, the “unsend” feature runs the risk of turning iMessage into a mini-Snapchat. Kids might be tempted to depend on this feature to get away with something, but so much can be screenshot and if the other person isn’t running iOS 16, it won’t work. Kids will need to be educated about this.

Our Letter included additional, often requested items from parents, including:

2 Specific Next Steps for Amazing Parents and Caregivers!