12 Ingenious iOS Screen Time Hacks (and how to beat them!) 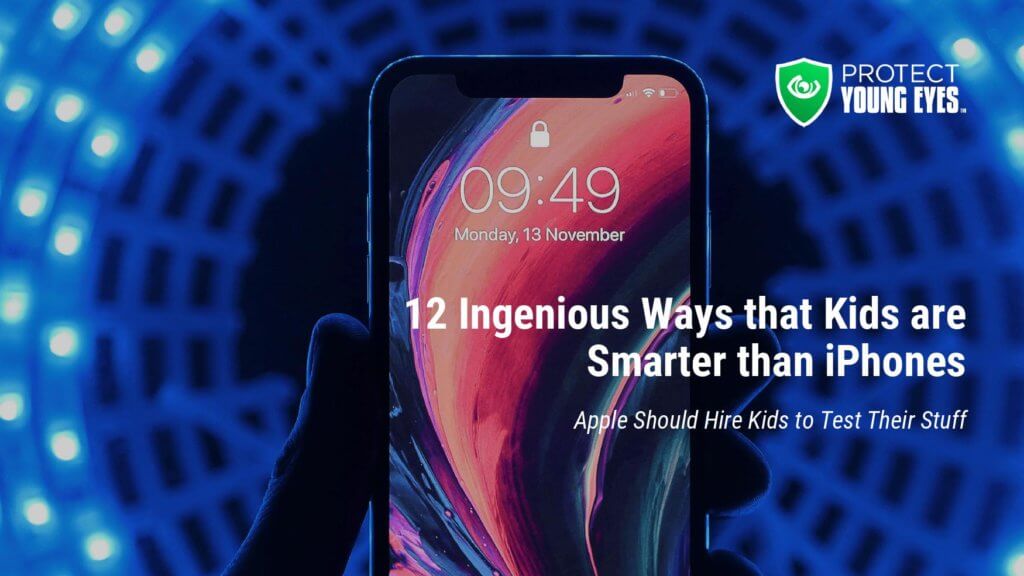 12 Ingenious iOS Screen Time Hacks (and how to beat them!)

This guide is constantly updated for the current version of iOS. Visit the Device section of the site to see our complete iOS Screen Time set-up steps!

This blog post receives a massive amount of traffic. Thousands of visitors every week. Most visitors fit into one of two categories. Either a kid who has Googled, “how to hack my iPhone” or variations on hacking Screen Time. Or a parent who is searching for ways to prevent Screen Time hacks and stay one step ahead of their kid.

In the end, this post wasn’t written for either of them. It was written in order to show Apple how ridiculously easy it is to beat their phone.

Parents, listen – your kid is always going to be one step ahead of you. Quit trying to win this game. You will never solve this situation with a technical solution. It can only be solved relationally. TALK to your kid. Congratulate them on being smarter than you and a company with over a trillion dollars of market value. Then laugh about it, and talk to them about what happens next.

Teens, for you – if you feel like your parents are way too harsh with phone rules, I want to encourage you to talk to them about it. Maybe spin up a contract, bring them some of the research you’ve done on how kids have screwed up their lives with technology and that’s not going to be you, ask them to trust you and give them permission to take your phone away if you prove to be untrustworthy.

Either way, the floodgates of conversation need to flow. Enjoy the post.

When it comes to getting more screen time, the creativity of kids goes up by a power of 100. Outsmarting parents at every turn! Not today. We’ll explain 12 Screen Time hacks FROM THE KIDS, and then provide steps for beating the hackers.

Parents are more concerned than ever about how their kids use technology. Many blog posts explain risks related to excessive screen time, online predators, and exposure to graphic, sexualized content.

But when it comes to actually controlling SCREEN TIME, the Screen Time feature has been hacked numerous ways by motivated, clever, downright prodigious teens who will not be thwarted from using their precious iPhones.

Here are 12 Screen Time hacks and our very best ideas for stopping them.

1. My kid is changing the time zone in Settings in order to evade Downtime.

Give your kid a high five for this smart hack. Nice. Next, explain to them that there is a way to stop this hack. NOTE – this loophole was remediated with iOS15 for iPhones, but still exists on iPads per extensive testing performed with the Wall Street Journal for this article.

If after talking about the screen time issue you still feel it’s necessary to totally prevent it from happening again:

So clever! But easy to squash this Screen Time hack. 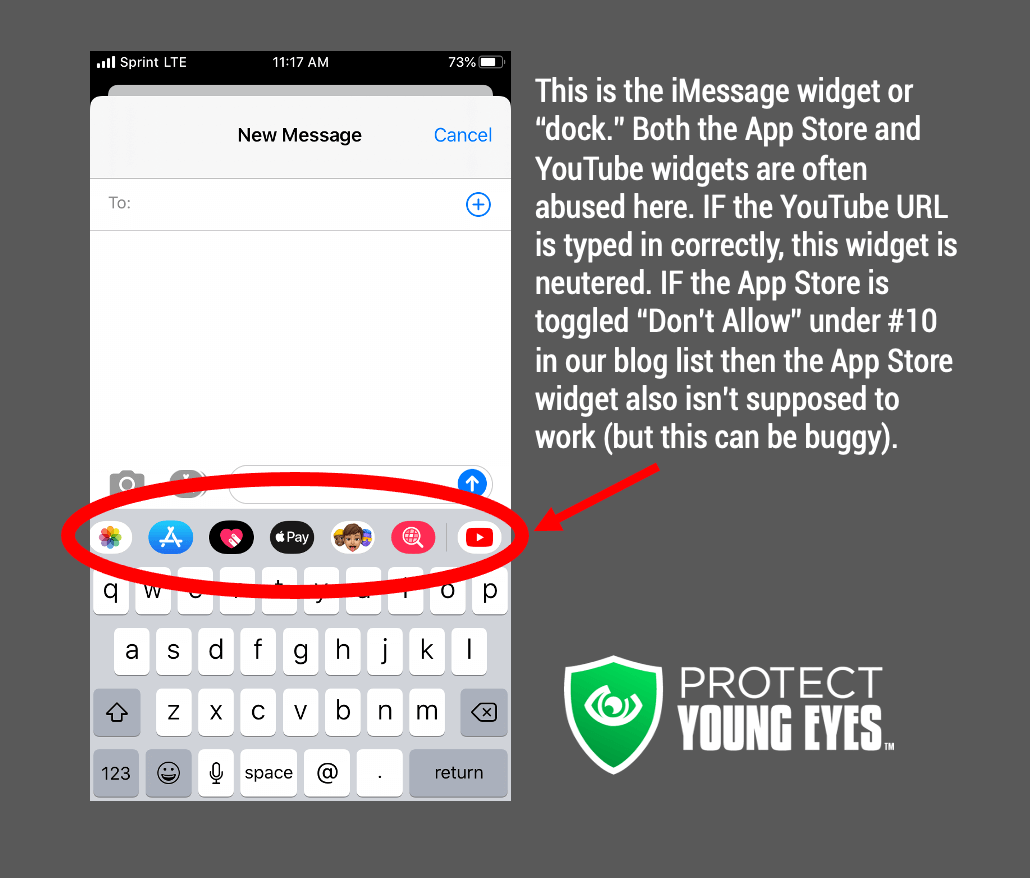 3. My kid figured out my 4-digit passcode.

Pick a harder code. Seriously. They may be lurking over your shoulder when you type it in, or looking at the reflection from your glasses. I’m not making this stuff up!

4. My kid enabled screen recording in order to figure out my 4-digit passcode.

Now, that’s smart. Look for the red recording dot at the top of the screen. If you find that they’re using it to get the passcode, it’s time for a really good “let’s chat” moment. If it’s a trick they try again, and you decide that disabling screen recording is the only move, then here’s what you can do:

5. I have set App Limits, but my kid can keep using the apps after the limit is reached!

One toggle makes all the difference. You can do this! 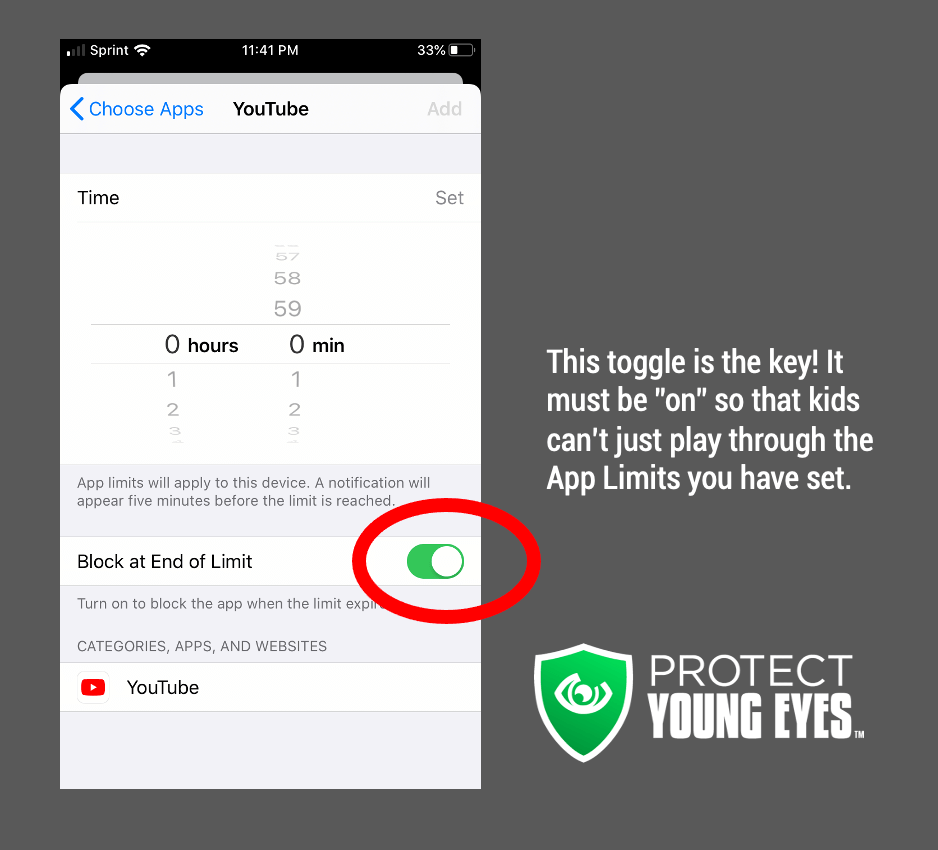 6. My kid found software for his MacBook or PC that allowed him to “hack” the 4-digit, Screen Time passcode.

Yes, this has been an issue. We’ve written a whole blog post about this one. You can stop it, but it’s not easy.

7. My kid did a factory reset of the phone in order to get around Screen Time.

This is the most drastic step. If a kid is using their own Apple ID (since they would have to type it back in once the phone reboots) there’s not much you can do to stop this hack.

Be observant! If you’re monitoring their usage through Screen Time on your phone, you would notice a significant decrease in usage if a reset had occurred (since Screen Time would no longer be tracking usage).

If a kid is willing to factory reset their phone for more access, then there are greater issues to deal with. I might argue the kid isn’t mature enough for an internet-ready, portable device of their own.

8. My kid is using Siri to send text messages when I have iMessage turned off during Downtime or App Limits have been reached.

First, figure out what is so important that your kid is doing this in the first place. Who knows what you might discover about your kid! If you determine that with repeated use of this hack, even if you’ve told him/her that during certain times they’re not supposed to be texting, you can do the following to turn off Siri. Fun fact – I met the woman who was the original voice of Siri!

9. After Downtime enables, my kid takes a screenshot, and uses the picture to select “send” and a secret iMessage portal comes up.

Wow. We have to marvel at their creativity. If they could only apply this same grit and stamina to algebra. Friends, this is one of the few that we can’t prevent. You can monitor for it with a service like Bark, which can give parents “after-the-fact” insight into iMessage (texting) activity. Have you heard of Bark?

10. Once App Limits have been reached, my kid just deletes the app, and then re-downloads the app from iCloud WITHOUT Family Sharing permission, which allows them to continue playing.

Don’t we all wish Apple would allow us to permanently delete apps from a child’s Apple ID? First, it’s time for a curious conversation about what it is about this app that they’ve re-downloaded that they can’t live without. Listen to what they have to say and you might learn something new. If then you tell them, “Hey, I don’t want you doing that” and they continue, then you might need to turn off the ability to delete apps. 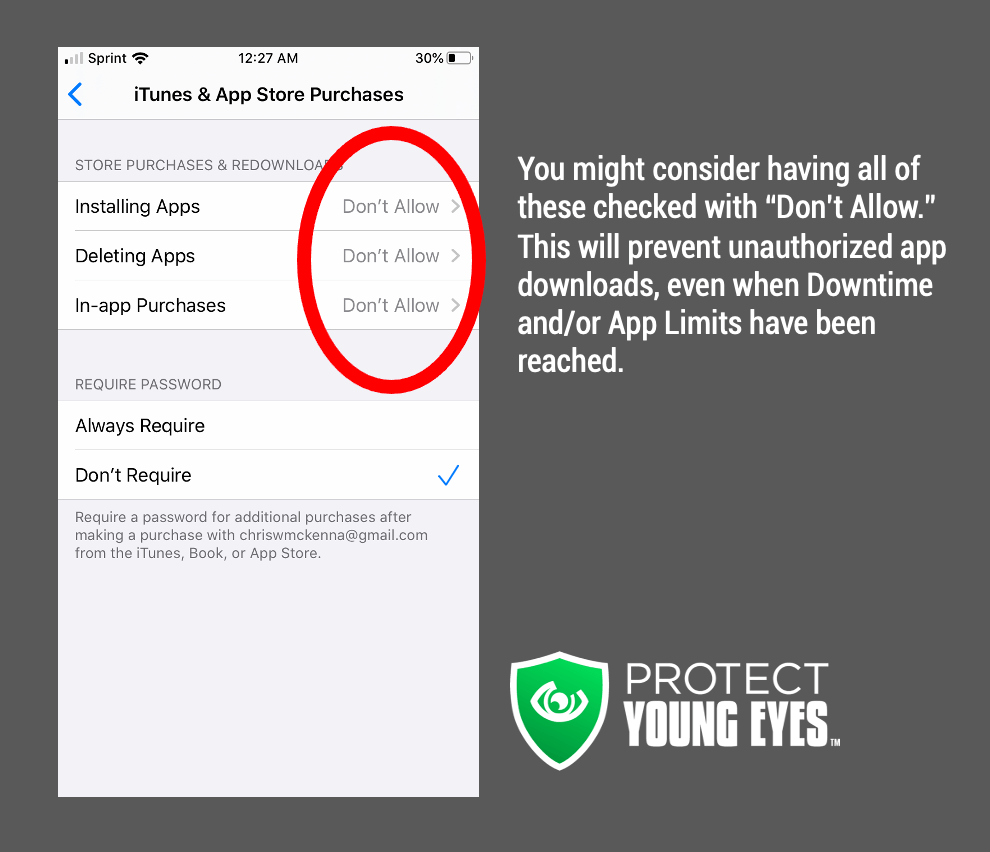 11. After my kid reaches App Limits, he can still access iMessage (texting) by swiping down, tapping any iMessage notification, and BOOM, he’s sending a text message to friends!

12. My kid is getting around App Limits on texting (iMessage) by going to the Contacts app. From there, they can share a contact via text, and iMessage comes back up!

There’s a general frustration felt by all iOS Screen Time parents about the continued lack of iMessage parental controls. Here’s how to stop this Screen Time hack by turning off the Contacts app:

And, there you have it! We’re sure there are more Screen Time hacks, but these are some of the more significant ones that parents have mentioned. I’ll never understand why Apple doesn’t hire 10 junior high kids to test their products. Give them each a free iPhone, and they’ll do anything.

There are many other toggles that need to be set in Screen Time. If you want to learn more about iOS, we’ve written about every toggle that matters.

Additional hacks that have been added after publication of this article: