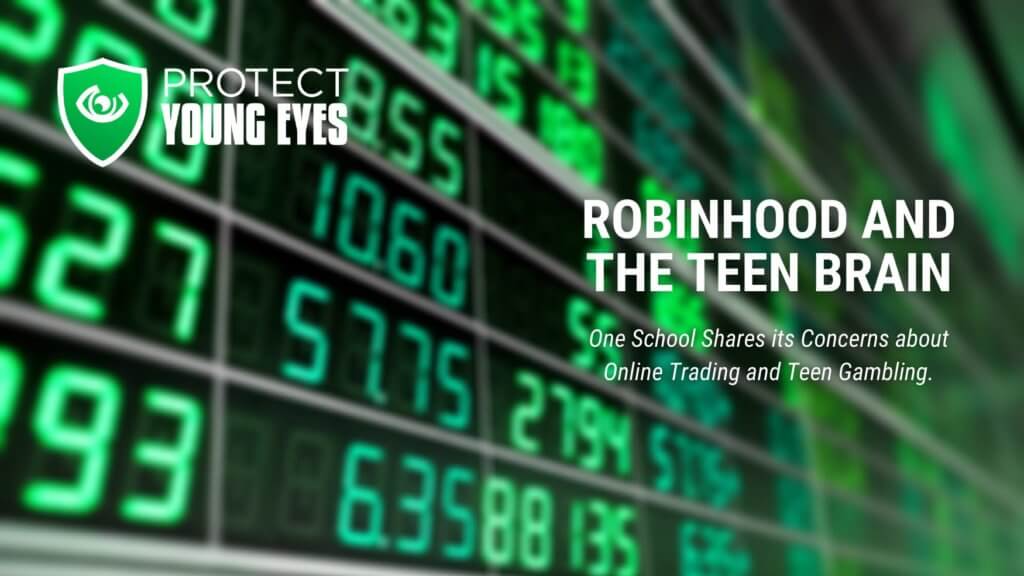 What is the Robinhood app?

Robinhood is a simple investing app. You can dabble in stocks, (mutual) funds, options, gold, crypto(currency). It has a smooth interface and was literally made for the average person to quickly get into trading.

Its marketing says, “Investing for everyone,” and lures in first-time users with “Sign up and get your first stock for free.” It’s slick. Investing in the stock market has often felt out of reach for the “average” person, but Robinhood bridges the gap. It’s rated 4+ in Apple and Everyone in Google Play, even though users must be age 18+. This disconnect between the appropriate age of use and the app store rating is common and frustrating. 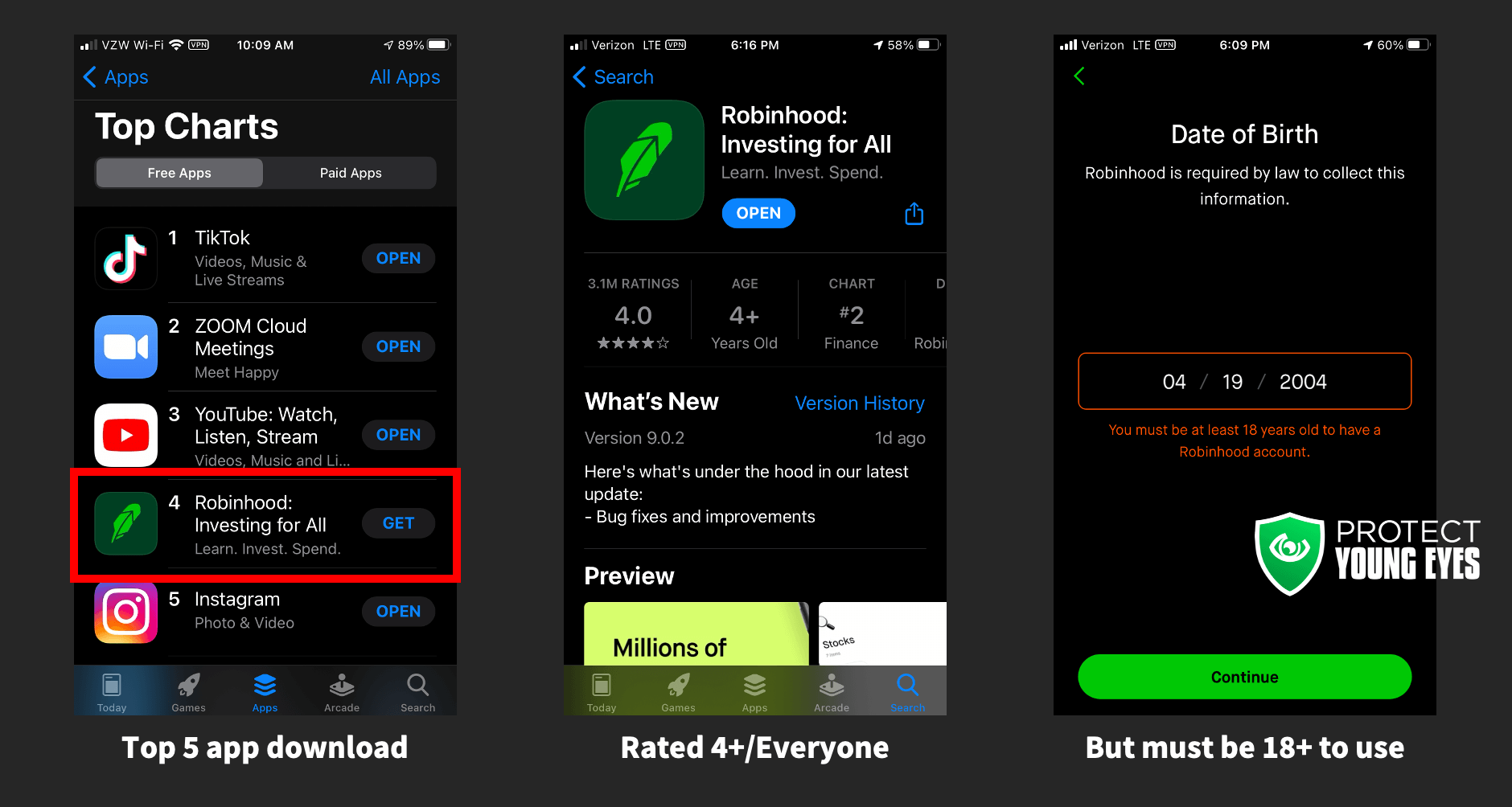 Reddit is an app that flies mostly under the radar with parents. In fact, it’s part of the “undercover 3” apps that millions of kids are using (Discord, Reddit, Twitch), but because it’s not social media, parents often ignore it. Friends, Reddit is a force. It’s a top 10 website in the USA (link), in front of Netflix, eBay, and Walmart. It’s a 17+ rated app that contains millions of subreddits (small forums) and hundreds of millions of subscribed users (link).

Most recently, an idea that started in Reddit caused waves throughout the free market system, almost causing a multi-billion-dollar hedge fund to go bankrupt. It’s such a powerful illustration of the herd-like power of Gen. Z concentrated through digital media, and how older generations continue to ignorantly dismiss their ability to make waves. #okboomer

What happened with Game Stop?

For those who aren’t familiar with what happened recently with Game Stop stock, here’s a quick refresh:

How is Robinhood impacting teens?

Teens follow the news. Too many adults completely dismiss the fact that kids and teens know what’s happening in the world with amazing accuracy. A middle school principal told me about how sixth graders in her school told teachers that something wrong was happening at the Capital on January 6, when teachers turned on the news to see the US Capital being stormed.

Today, I spoke with leadership at an all-boys high school. They told me about the growing trend of young men investing significant money in the market using Robinhood.

From talking to this school, lunchtime is dominated by guys checking their portfolios. And they’re also seeing a pivot toward sports betting apps like DraftKings and FanDuel.

This has made them nervous about the impact that these apps are having on the minds and finances of these young men.

I’m all for teens learning about the stock market. But I’m not sure that their brains can fully handle the dopamine-driven anticipation of the increase in a stock value. It’s this anticipation of reward that drives all of us to check our Instagram notifications constantly throughout the day, hoping that our likes, comments, or DMs are through the roof.

So far, we’re familiar with three primary ways that teens are gaining access to an app that requires users to be 18+:

How does gambling impact the teen brain?

Variable rewards are the backbone of digital engagement. The anticipation of receiving something favorable compels us to keep trying. Gaming companies use this technique by hiding ores underground (Minecraft) or swag in the arena (Fortnite).

BK Skinner recognized the power of variable rewards decades ago:

“Skinner observed that lab mice responded most voraciously to random rewards. The mice would press a lever and sometimes they’d get a small treat, other times a large treat, and other times nothing at all. Unlike the mice that received the same treat every time, the mice that received variable rewards seemed to press the lever compulsively.” (link)

The stock market isn’t exactly a variable reward system. But the variability of the stock market, which is often unpredictable, mimics some of the neurological responses that using a slot machine, gambling, or sports betting app might elicit.

What can parents do in response to Robinhood?

We want parents to ask constantly themselves “How can I build Digital Trust with my kids in this situation?” Building often happens when parents do five things persistently and consistently:

Are you interested in staying updated on digital trends, like the Robinhood app? The PYE Weekly Download or the Smith & Chris Podcast were made for you!