Sexually Abused at a Sleepover – 5 Lessons for Parents 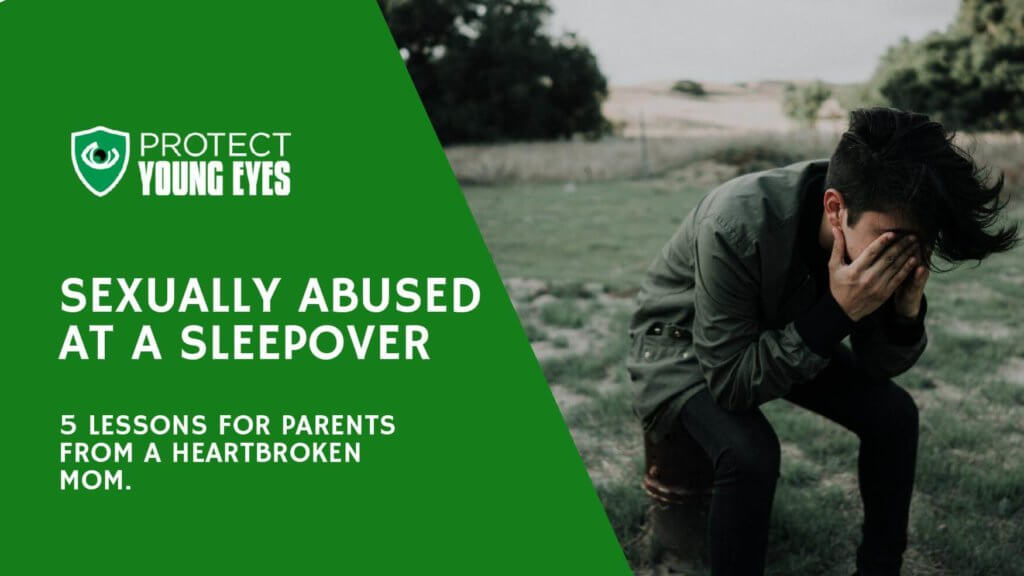 Sexually Abused at a Sleepover – 5 Lessons for Parents

Are Sleepovers a Good Idea in the Digital Age?

This is the question I want to explore in this blog post. It might be summer time when you’re reading this, which means your kids are spending more time in other places. Sleepovers might happen more frequently.

I remember loving sleepovers while growing up. I was one of those kids who spent a ton of time at other homes (maybe because I had six siblings and needed the break!). On the street where I spent my elementary years, my clan and I rotated between three homes regularly during the summer, enjoying pizza, ice cream, movies, sweets, and late, late nights. Were there risks? Absolutely. We could burn things (and we did). We could share new words (and we did). We could sneakily stay up late and catch an R-rated flick on HBO (and we did).

[Note – if you’ve been with PYE for a while, this blog post has been updated considerably from a previous version originally published in 2016]

Two years ago, my 11-year old became friends with a boy up the street who came from (what I thought) was a very good home. I’d had lots of conversations with the mom as the kids swam and played, she was very involved, this kid had lots of limitations, was well supervised, etc.

One night my son was invited to stay the night. I allowed this. I told the mom my rules on internet, movies, etc. and she was on the same page. This was two years ago.

After that overnight, my son chose to never play with this kid again. I thought that was odd so I asked him why but he just said he was mean and didn’t like playing with him, so I thought nothing of it.

My son and I have a very open relationship, we talk about a lot and he asks me a lot of questions…he’s very comfortable talking to me. It was just too much for him to come to me with this awful thing and confess…it took him nearly two years.

My son has been experiencing A LOT of guilt and shame. I’ve talked to him for hours upon hours about it, I have not shamed him…I’ve let him cry on my shoulder, I’ve prayed over him time and time and time again, I’ve been a rock for him and a safe place to talk.  I’ve explained that I wish he would have said no and left, called me, or told his mom, but he didn’t…and he wished he would have too. I’ve told him Jesus forgives all sin, that this situation does not define who you are.  He said he was afraid to say no.

He doesn’t smile, his personality has been altered because of this with guilt and shame he cannot deal with.  Honestly over the past year or better I’ve noticed him withdrawing, not smiling, just not being his normal joyful self. We hurt, we are angry.”

This is a hard story to read. It was a difficult situation to work through with a mom who was hurting and broken because she was dealing with unbelievable guilt – thinking that she should have figured it out sooner or could have prevented it in some way.

It’s a story that she wanted me to share with as many parents as possible. There are lessons for all of us. 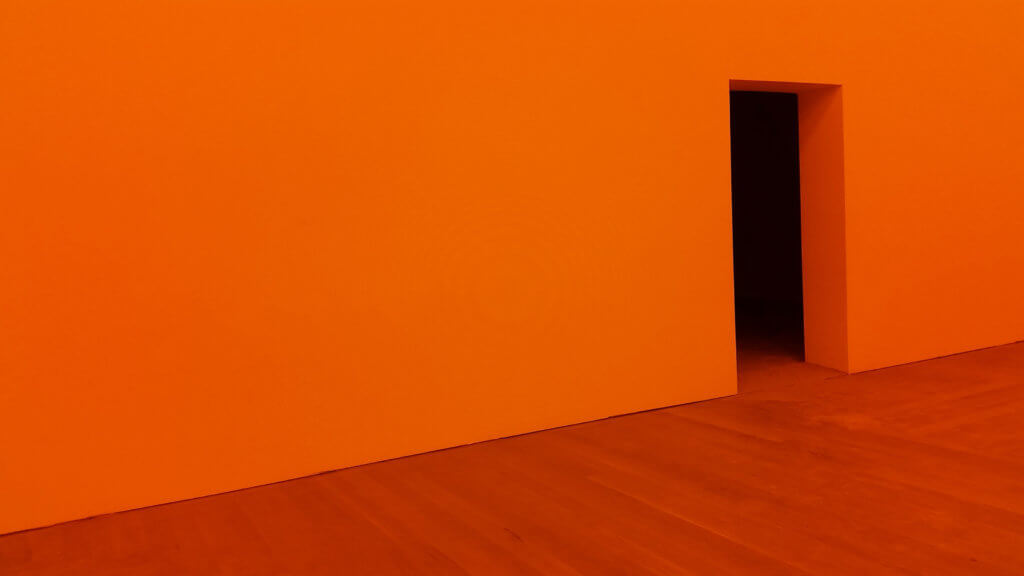 During our parent presentations we remind parents of this reality. And, it’s another unfortunate reality that we don’t have control over all of the digital doorways.

As it pertains to the sleepover: there are very few productive online activities that happen after 10pm. Should there be a turn-in time for devices? What about shutting off the router at a certain time? What about sitting all the kids down who are sleeping over and explaining your home’s rules for using the internet?

Lesson 2: Peer-on-Peer Sexual Abuse is on the Rise 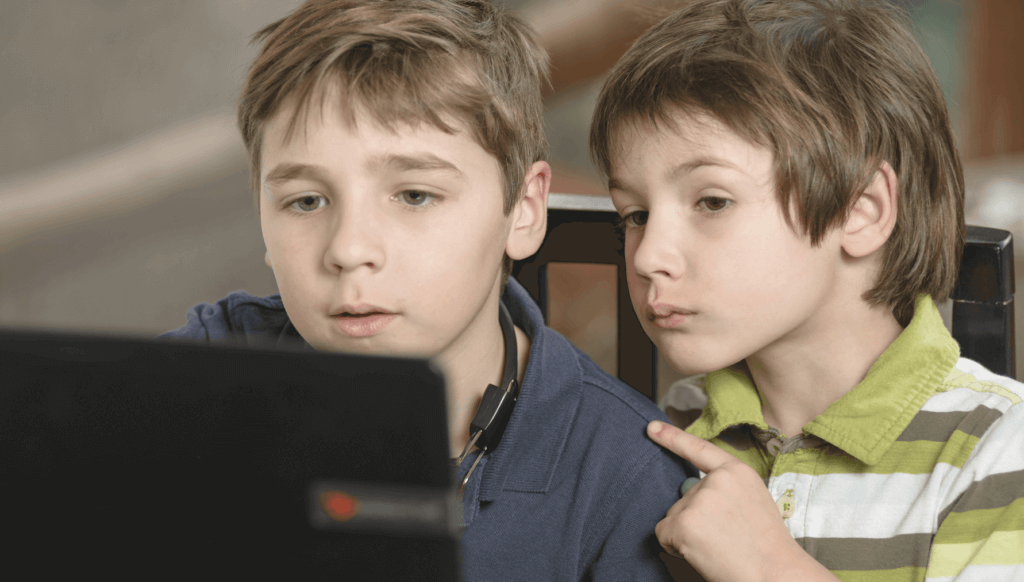 Sleepovers might provide the perfect environment to carry out certain curiosities based on what they’re seen online.

According to a 2017 article from The Guardian:

“Almost 30,000 reports of children sexually assaulting other youngsters, including 2,625 alleged attacks on school premises, have been made to police in the last four years, figures reveal.

A friend of mine who works for a local non-profit agency that assesses and counsels minors who have committed sexual offenses against other minors reported to me that for all cases during the year 2016, all of the offenders had one thing in common – they experienced early exposure to pornography (early  = elementary school).

First observed in primates, mirror neurons represent a special class of neurons that activate both when an individual performs an action and also when that same individual observes an action performed by someone else.

According to a 2012 publication in the Journal of Natural Science, Biology and Medicine, Drs. Sourya Acharya and Samarth Shukla state, “In humans, brain activity consistent with that of mirror neurons has been found in the premotor cortex, the supplementary motor area, the primary somatosensory cortex, and the inferior parietal cortex.”

In other words, a child who sees pornography is likely to have a strong desire to want to try whatever he or she observed. Not because they’re bad kids, but because there may be a neurological tug to do so.

As it pertains to the sleepover: wherever there’s technology, a responsible adult should be present. And, as a parent who has a child spending the night somewhere else, your knowledge about that family, their digital rules, and the tendencies of their child are abundantly important.

Recently, I received an update from the family who experienced the sexual abuse at the sleepover. Here was mom’s response:

“We have just finished discussing the no sleepover rule for our family going forward.  With exception of two to three families who we are very close with and share the same morals, values, Internet restrictions, bedtime routines, and most importantly A love for Jesus.”

Related Post: 5 Most Dangerous Places for Kids to be Online

This mother was crushed by the reality that her son had carried this dark secret for two years. Shackled by shame, thinking there was something wrong with him, which kept him quiet. He finally buckled under the weight of his secret, but not before a massive amount of emotional trauma was done. Although mom has him in therapy, only time will tell how effectively he will be able to move on from the experience.

As it pertains to the sleepover: be inquisitive about the sleepover experience. Look for anything that might indicate something wrong. Recently, my son spent the night with some relatives. He came home quite upset about something and didn’t want to spend the night there again. Immediately, my radar was on high alert for something that might have happened while he was away. It ended up being nothing but me and my wife were gently inquisitive until we discovered the truth.

Unfortunately, this young man didn’t have any tools in his digital tool belt to know what pornography really was, what to do if he saw it, and his parents hadn’t provided a clear, open communication door should anything “unusual” ever happen.

As it pertains to the sleepover: In the digital age, we believe all 9-year-olds should have at least a minimal understanding of what pornography is, what to do immediately upon seeing it, and that mom and dad are safe to talk to about anything.

Related post: How to Talk to a 5-year-old About Pornography

It seems obvious, but we have to keep saying it. The unfiltered internet is not a friendly place for a child (or anyone). We suggest the following three layers of protection for all of the places where kids spend time online. These would be great to discuss with the families and relatives where your kids might spend the night.

Related post: 3 Reasons for Greater Internet Risk During the Summer

Are sleepovers a good idea in the digital age?

Leave your thoughts in the comments below.

We think the answer is one of “proceed with caution.” The risks are much, much different now 30+ years after my prime sleepover years on Autumn Lane. Remember, parents who are observant, engaged, and informed often have kids who learn to use technology – and navigate sleepovers – well.

Now What? Visit our Resources Page!

Are you ready to have awesome conversations with your kids about how to use their technology well? Do you want access to free videos to watch with your kids about tough, digital topics, including pornography? Would you like to know what parental control solutions we recommend? What about bilingual videos that teach parents about the latest digital trends? All of these are available in our Resources. You can visit them today!

Chris McKenna, Founder: A man with never ending energy when it comes to fighting for the safety and protection of children. Chris practices his internet safety tips on his four amazing children and is regularly featured on news, radio, and podcasts for his research. His 2019 US Senate Judiciary Committee testimony was the catalyst for draft legislation and on-going discussion that could radically change online child protection laws and earned PYE the NCOSE Dignity Defense Alert Award in 2020. The PYE team has performed over 1,200 presentations at schools, churches, and nonprofits and was featured in the Childhood 2.0 movie. When not leading PYE, Chris is the Digital Marketing Manager for Covenant Eyes. Other loves include running, spreadsheets, nature, and candy.