Should My Kid Watch Squid Game? 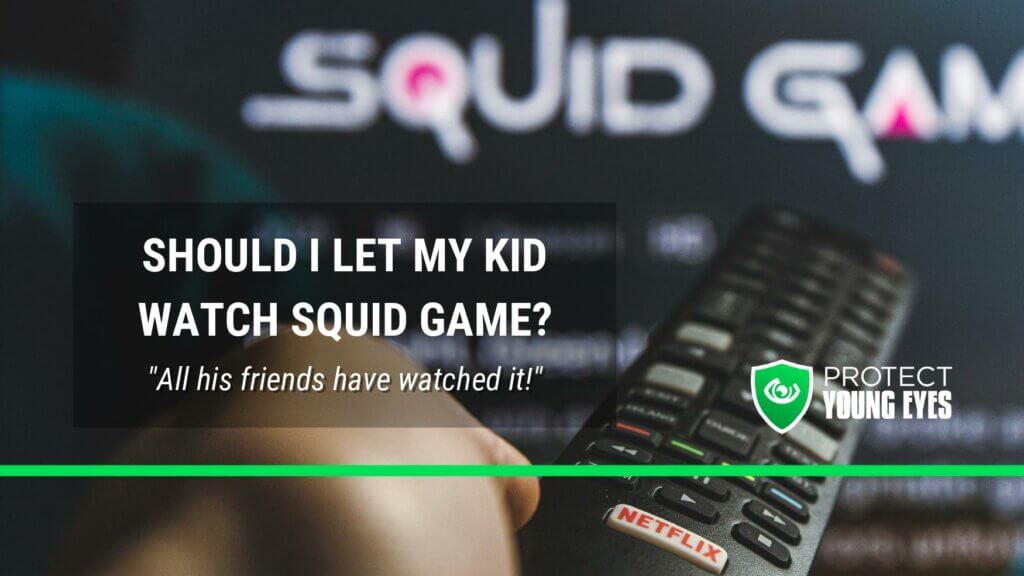 Should My Kid Watch Squid Game?

What is Squid Game?

In this dystopian Netflix drama, cash-strapped, “regular” people receive a mysterious invitation into a game that promises unfathomable riches. To the death. Think of Hunger Games, only the rated-R version. And creepy (almost a horror movie vibe).

It is currently #1 in 90 countries and is poised to become Netflix’s most streamed original series ever. And Squid Game season 2 is already planned!

The survival drama, which features gruesome scenes of characters being shot in the head and organ harvesting, sees contestants take part in versions of traditional children’s games, with the winners progressing to the next stage.

Parents have been asking us this question. According to Netflix, the show is rated TV-MA, which is reserved for ages 17+. The shows’s description goes on to say that it includes violence, sex, nudity, suicide, language, and smoking. And, it definitely includes all of these elements. Essentially, every episode is an R-rated movie.

So, why does Protect Young Eyes care about a show like Squid Game?

Among all streaming services, including Hulu, Roku, Apple TV, and Amazon Video, Netflix has the best parental controls, offering multiple layers of protection at the profile, rating, and title levels. Our full Netflix Parental Control Guide also includes a way for parents to avoid a “hack” that allows kids to circumvent ratings and title parental controls.

But, don’t just approach Squid Game from a parental control perspective. Since many kids will be discussing the show, then you might want to find a way to ask curious questions of your tween or teen to see what they’re hearing. Look for open windows during car time, meal time, or bed time.

This show wasn’t made for teens and kids. It’s excessively violent, and also dark, mature, and intense. Some schools in the UK have reported kids attempting to mimic some of the challenges, which isn’t good. This isn’t good for childhood.

Keep learning about internet safety through the Protect App

With over 500 mini-lessons, and now 20 videos to watch with your kids, The Protect App is your one-stop-shop for all of your internet safety needs. Bite-sized right in your pocket! Whenever and wherever you have 5 minutes to unlock your digital parenting superpowers. Protect even includes a section with step-by-step instructions for Netflix. Download it today! Just head to your Apple or Google Play Store and search “protect young eyes.”

1 thought on “Should My Kid Watch Squid Game?”