What is Among Us?

This is one of the best short descriptions ever:

An online and local party game of teamwork and betrayal for 4-10 players…in space!

Who wouldn’t want to play a game that offers those things? Here’s the official Apple App Store description:

Play online or over local WiFi with 4-10 players as you attempt to prep your spaceship for departure, but beware as one will be an impostor bent on killing everyone! Crew mates can win by completing all tasks or discovering and voting the impostor off the ship. The Impostor can use sabotage to cause chaos, making for easier kills and better alibis.

[Excerpted from Wikipedia] The game has been around since 2018, but SURGED to popularity in the US in the summer of 2020 due to Twitch streamer Chance ‘Sodapoppin’ Morris and his streaming of the game to his massive following. In September 2020, it received 100 million downloads (more than doubling August downloads), as well as gaining nearly 400 thousand concurrent players on Steam. [1]

What do parents need to know about Among Us?

The game is fun. Seriously! If you’re with family for a party, be prepared for a great laugh. We’ve had many parents delighted that there’s finally a game that their kids think is cool and isn’t totally inappropriate (or complicated for us parents!).

Among Us collects data (driven by Google) in order to serve up ads when you’re on the free version. Here’s the disclaimer you see when setting up the app. 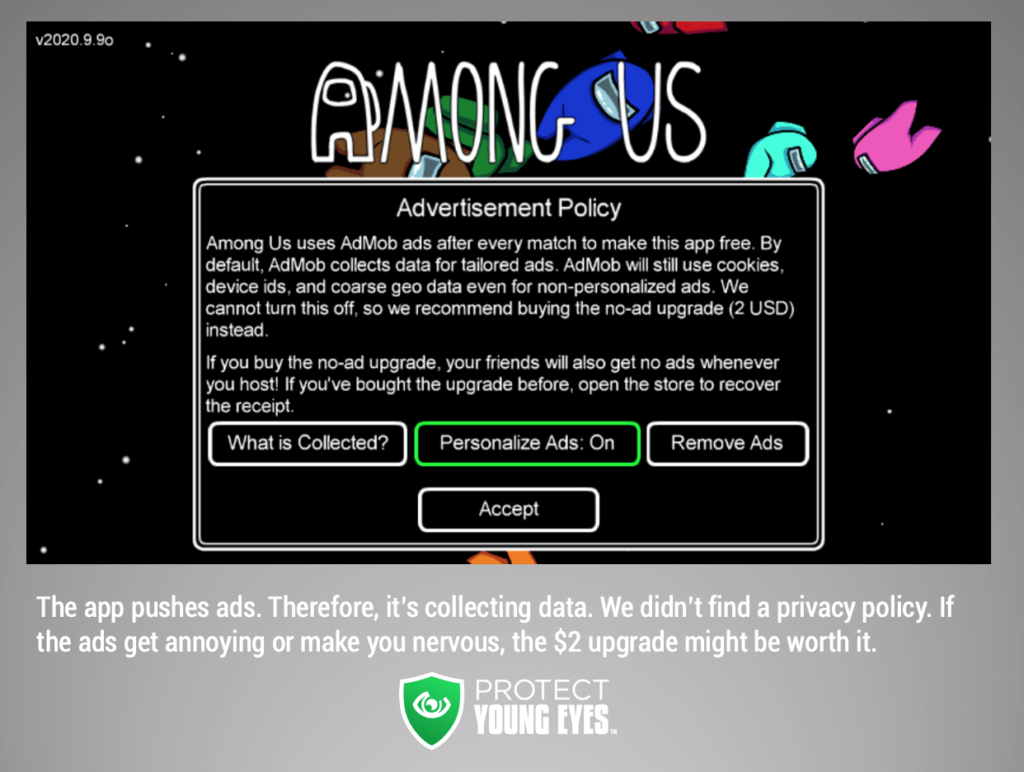 Among Us has age verification (as of the March 2021 update)! Each time you open the game on a smartphone or Switch, you have to enter your age. If you are under age 18, you are forced to use the game’s pre-populated chat phrases during Emergency Meetings! Supposedly in an attempt to stop kids from using inappropriate words in chat. A kid can send an email to a parent from the game asking permission to free chat and change their username (also locked if under age 18), but instead, kids just lie about their birthday.

This is a great control! Assuming players use a correct birthday.

Among Us allows players to connect with other players from anywhere. This of course brings the inherent stranger risk that any online game has. The game also has in-game chatting, which you can see in the image below. BONUS – you can select a “Censor Chat” in settings and it does a decent job “****-ing” out swear words. It did well with the standard naughty words, but it let “fricken” through (lol). But again, there are always greater risks when chatting with online strangers. Also, note that usernames from other players can be mature. You just can’t control that.

Special “stranger” note from a mom who posted on our Facebook page:

“I have now seen twice [where] people ask for Snapchat usernames, and one person asked if I’m male or female then asked for [a] Snap name from someone else. Freaked me out. Something to watch for in the pregame chats.”

Here’s are 2 digital truths that impact Among Us:

For this reason, we believe that a more appropriate age for the app should be 12+ unless parents are involved in the game’s use! 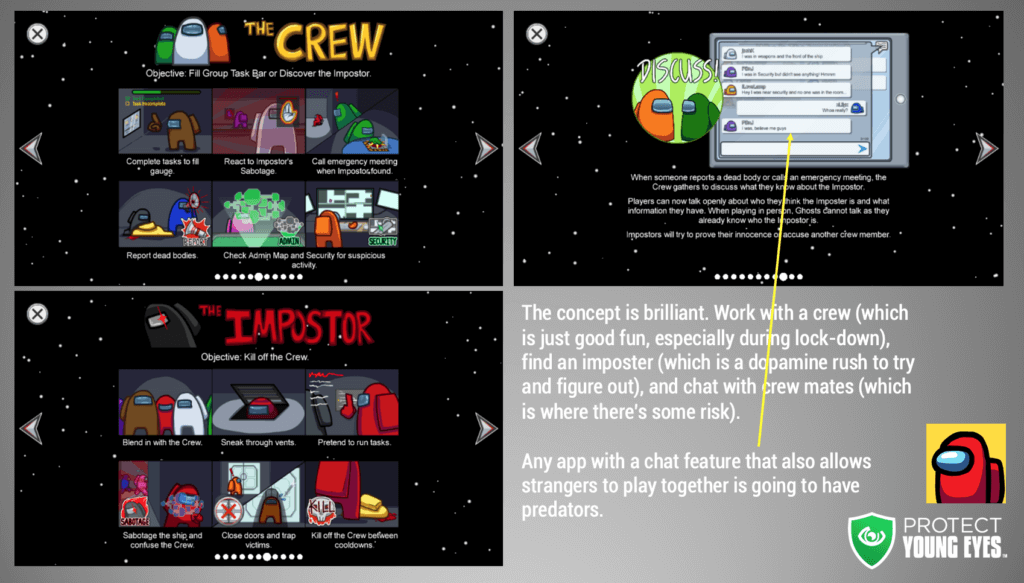 There are 3 different options for playing the game: (1) being the host device for other local network players, (2) playing online with others, or (3) using a private invite code from (1) to join them. 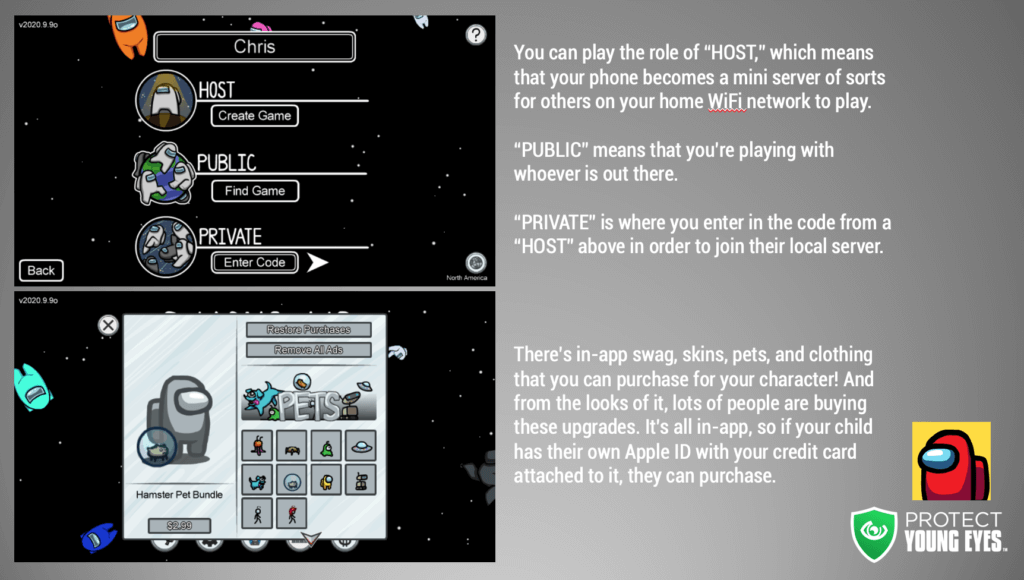 Among Us has in-app purchases for swag – therefore always UPGRADE to remove ads! Parents – be careful that their child doesn’t purchase too many new outfits for their character! [for Apple users, turn off in-app purchases with step 25 here].

The latter is important because the free version of the game has ads for 12+ games (remember, Among Us is rated 9+) that are inappropriate for young people. Below are some of the sexualized ads that appeared while Chris from PYE was playing the game with his 15-year-old daughter. Which means it’s almost always a good idea to pay the $1.99 ad-free version of the game: 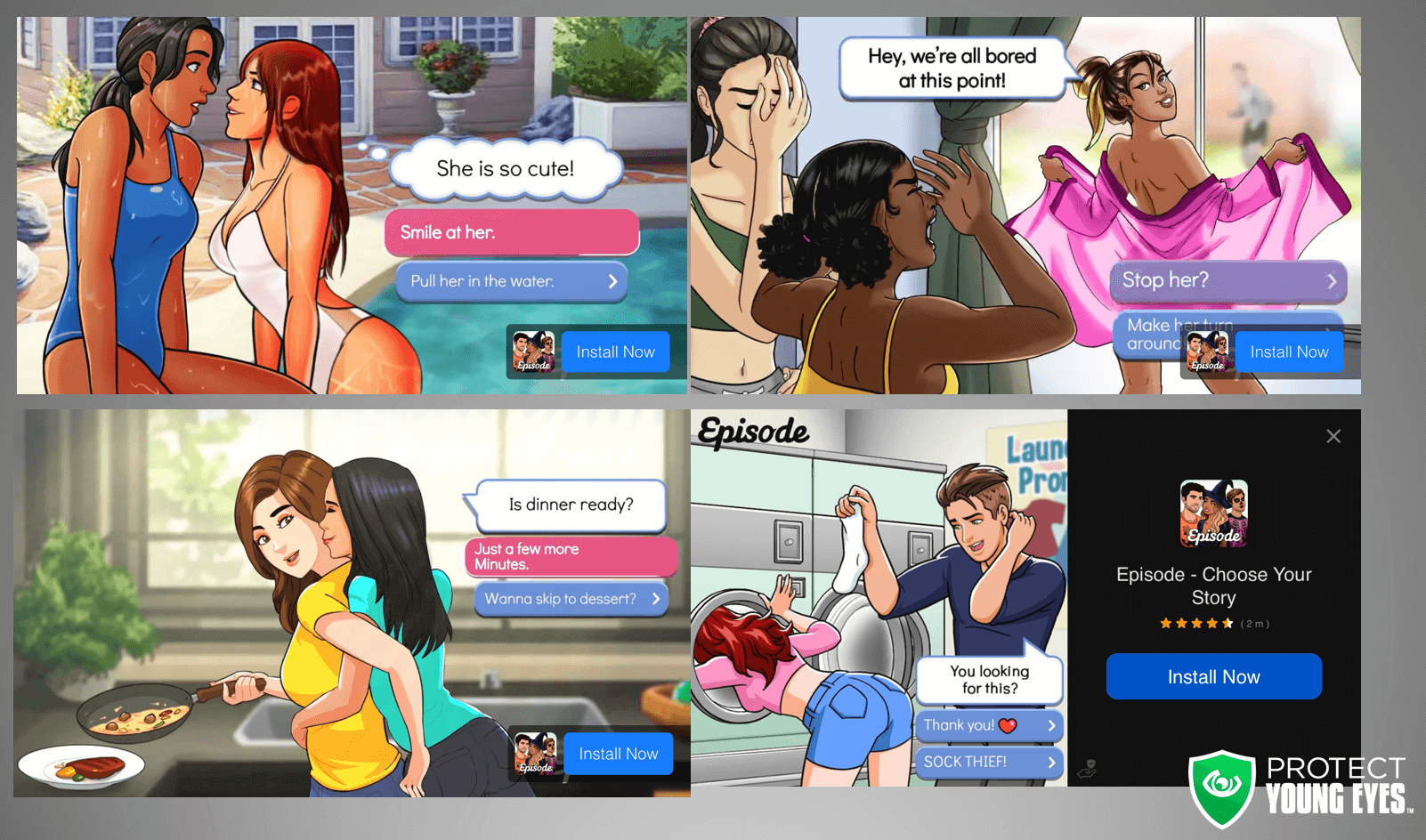 Among Us vocabulary that you should know:

There’s a look-a-like game called AmongFriends, and it’s BAD news. Our IGTV video will explain what you need to know.

Among Us can be played on Nintendo Switch OR Steam via a PC, which does make it slightly more attractive for monitoring play for younger players as they get started. Hopefully, that Chromebook, laptop, or PC is in a public place! There is a cost ($4.99) to the Steam version. It’s also available on the Nintendo Switch for $4.99, which also eliminates ads – bonus!

The bottom line: Is Among Us safe for your kids?

This app can be a lot of fun if you have strong digital trust with your kid. Just make sure they know how to handle strangers, to avoid naughty chat, and YOU as the parent have to play it with them first! Maybe you both join an online game together?

Now What? 2 amazing ways to keep up: 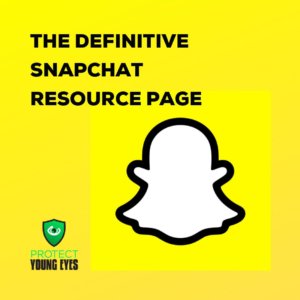 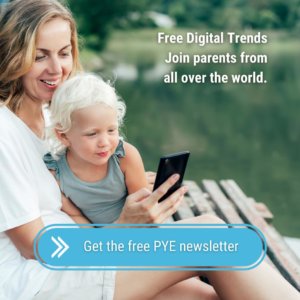 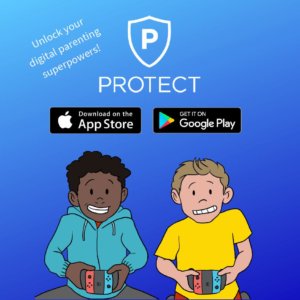 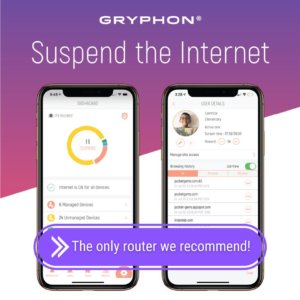