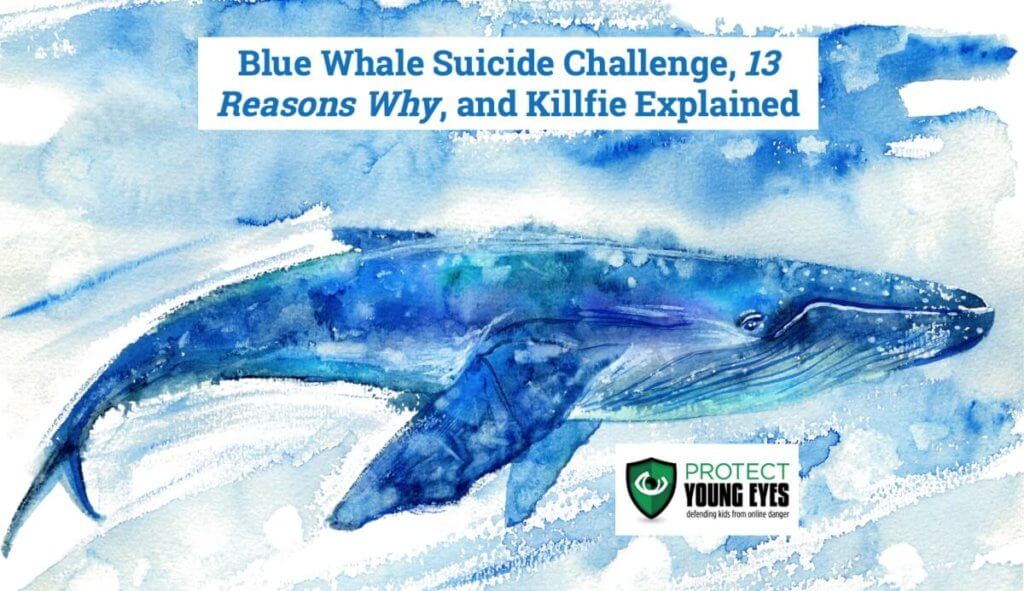 What is the Blue Whale Suicide Challenge?

Protect Young Eyes informed parents about the Blue Whale Suicide Challenge on March 13, 2017, when it was just becoming a horrible trend in Russia (a friend who teaches overseas alerted me to this trend before it arrived in the States). In nature, it’s said that blue whales isolate themselves when it’s time to die.

The end goal of the “game” is to have participants complete a successful suicide after 50 days of horrific tasks, including self-harm, watching horror movies, waking up at unusual hours, and taking extreme risks. These tasks are administered by an anonymous task master who informs participants to cover their tracks along the way as to not stir up suspicion. It’s been reported that over 130 deaths in Russia are attributable to the Blue Whale Suicide Challenge [although some dispute has arisen as to the validity of this claim]. 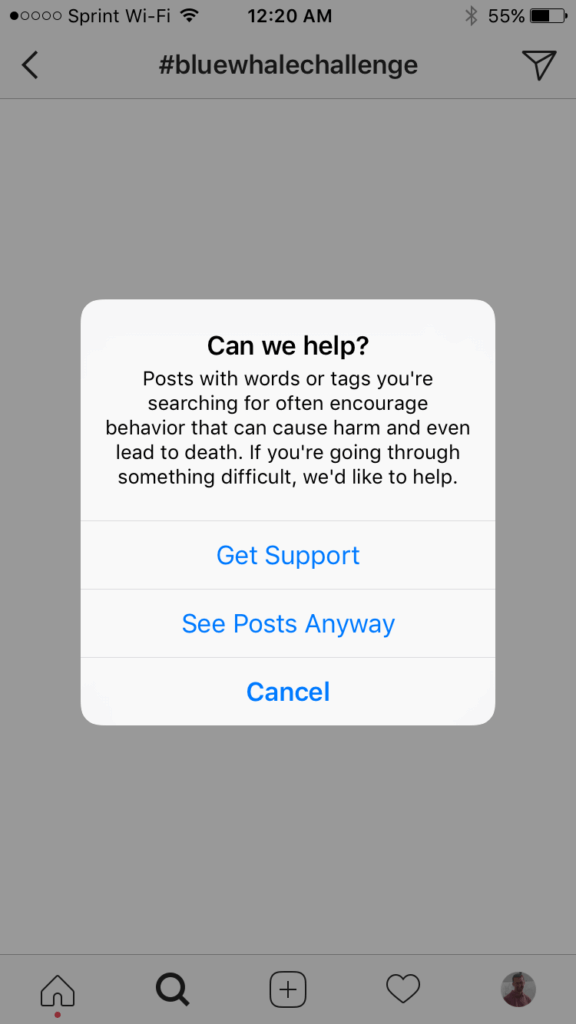 Even if the claims are exaggerated, there’s concern about how quickly kids are pulled into fads like this. The Instagram hashtag #bluewhalechallenge comes with a warning but can be clicked through easily in order to see shocking pictures. Numerous photos appear to show people who have carved a blue whale onto their arm.

On May 11, it was reported that one of the men behind the blue whale challenge has pleaded guilty to inciting teenagers to suicide.

After being arrested, Philipp Budeikin told Russian press his victims were “biological waste” and he was “cleansing society”.

How Should Parents Respond to Blue Whale?

The primary weapon parents can use to combat trends like the Blue Whale Suicide Challenge is to simply be informed. If parents don’t have time to research cultural trends, then it’s important to stay connected to someone who is doing the research for them.

Second, once parents have a basic understanding of the trend, then find time to talk about it openly, honestly, and without judgment. “Have your friends talked about this Blue Whale Suicide thing I’ve been reading about?” [“I’ve been reading about” indirectly tells a kid that it’s going to be hard to hide things from mom]. “When I read about all of those teenagers who have killed themselves in Russia, I was heartbroken. No one should feel that lonely. Do you ever feel lonely, honey?” [You’re showing empathy and understanding. You’ve pivoted toward them. Now just listen.]

What’s All the Hype About 13 Reasons Why on Netflix?

Thirteen Reasons Why was first released on Netflix on March 31, 2017, and it has swept the teen world. According to Studio:

“Thirteen Reasons Why, based on the best-selling books by Jay Asher, follows teenager Clay Jensen (Dylan Minnette) as he returns home from school to find a mysterious box with his name on it lying on his porch. Inside he discovers a group of cassette tapes recorded by Hannah Baker (Katherine Langford) -his classmate and crush-who tragically committed suicide two weeks earlier. On tape, Hannah unfolds an emotional audio diary, detailing the thirteen reasons why she decided to end her life.”

Here’s the key: the series finale includes a graphic scene that shows Hannah’s suicide, and throughout the series, there are scenes that depict sexual assault, bullying, and harassment. 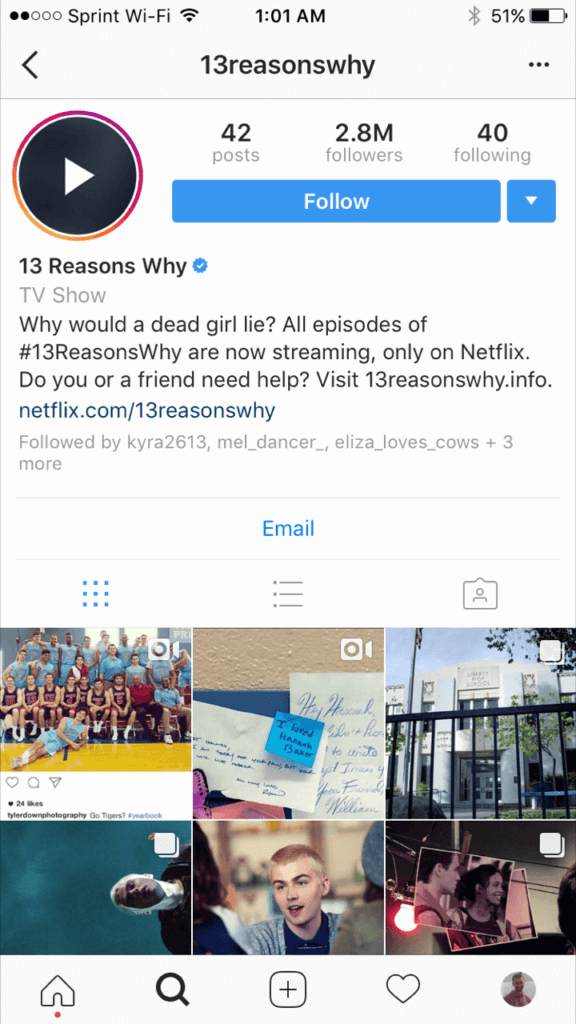 On one hand, it’s a brutally raw and honest depiction of one teen’s struggle to process life. During an interview with The Atlantic, one of the show’s writers stated that they intentionally showed Hannah’s suicide in horrifying detail, to act as “a deterrent to people who might be considering suicide themselves.”

On the other hand, Thirteen Reasons treads heavily into unknown and previously, off-limits media territory, seeming to completely ignore the playbook that dictated a softer, less glamorized treatment of suicide. Experts warn of a “contagion effect,” whereby vulnerable individuals are pulled in by that which is most talked about, and line up in copy-cat fashion [it’s said that suicide rates increased 12% after the overwhelming national attention given to Marilyn Monroe’s suicide in 1962].

How Should Parents Respond to Thirteen Reasons Why?

First and foremost, parents should understand and enable all available parental controls on the devices kids are using in order to prevent as much inappropriate and unmonitored use as possible.

Second, did you know that the administrator who set up the family’s Netflix account can also set up ratings restrictions? <<Yes, we explain those also!>> We agree with one article that suggested 18 as the appropriate age for kids to view these episodes unsupervised. 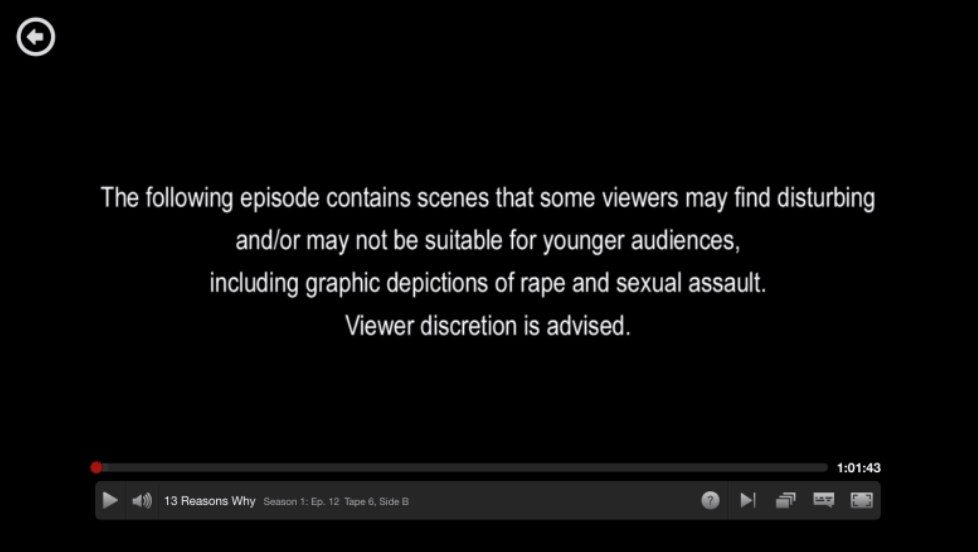 [Here is the Netflix warning when an episode is started]

Remember, there’s no passive parenting in the digital age. Parents cannot delegate away the awkward and difficult conversations. We have to suck it up, practice, pray and talk it out.

I’ve Heard of Selfies, but What’s a Killfie?

Deaths of individuals who were taking an extreme photo have been well-publicized, but it seems that death is not a strong enough deterrent for some who continue to test fate (and their footing).

How Should Parents Respond to the Killfie trend?

At its core, the killfie seems to be a cry for attention. “Look at how crazy I am!” so that their peers will notice. Rational adults understand that this type of attention is fleeting and empty, but the combination of adrenaline and dopamine to anesthetize rational decision making combined with the prospect of increased social status make for a toxic and attractive combination.

Parent must be involved in the lives of their kids. This includes being involved in their devices, accounts, and their business. There’s no such thing as privacy in the digital age. If there are cues pointing toward risk or attention-seeking, then probe deeper.

Mom and dad, at Protect Young Eyes, we are your biggest cheerleaders! You can do this! We believe in you.

P.S. Are you looking for a device-level solution we trust? For younger internet users (ages 5-12), we recommend Mobicip (click below). For internet users ages 13+, where monitoring (accountability) is important for encouraging behavior change, then we highly recommend Covenant Eyes <<use promo code: protectyoungeyes for 30 days free!>>. Both can help families create a culture of openness and digital responsibility when combined with persistent and consistent conversations.