A Complete Guide to Snapchat Filters 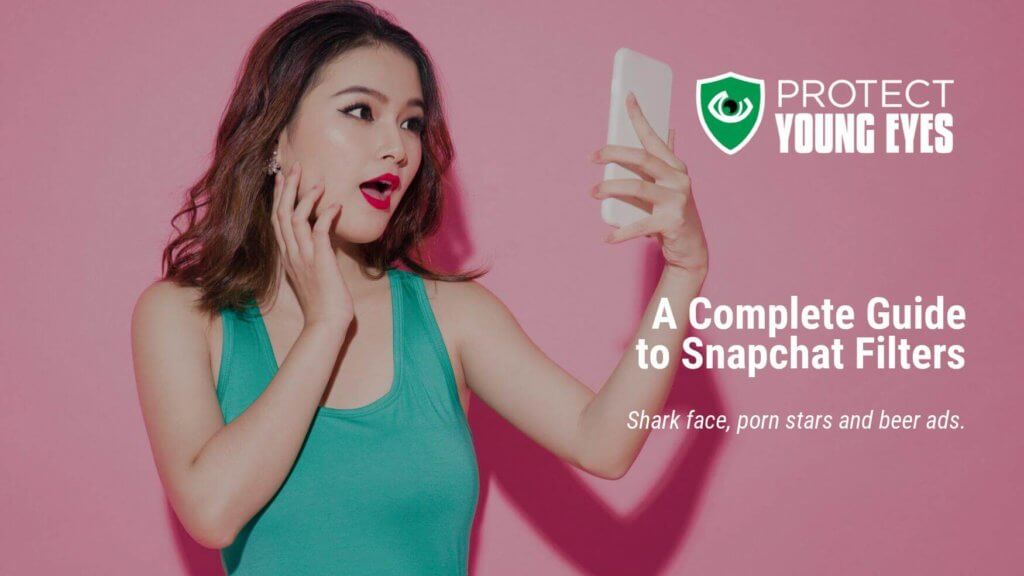 A Complete Guide to Snapchat Filters

What are Snapchat Filters? A Complete Guide for Parents.

Snapchat filters allow you to add crazy animations, sounds, images, and more to your face (see the disturbing images of my filtered face below!). There’s an entire catalogue of lenses built by other users that anyone can access. Bunny ears, facial hair, dog face, shark face, turn you into a hotdog, show you with marijuana, stretch your neck, show you pregnant, just to name a few.

Filters change periodically, depending on seasons, promotions, or initiatives, like in June with Pride Month when the app added a rainbow filter, a filter to make famous landmarks vomit rainbows, and others. The recent add of the “change your gender” filter was an instant hit and did creepy things like make me look like my sister’s senior picture photo, minus the wrinkles (middle shot below!!).

BTW – watching my parents apply filters to themselves over Memorial Day was hilarious. Go ahead. Get grandma to join you next time. I guarantee a few good laughs! 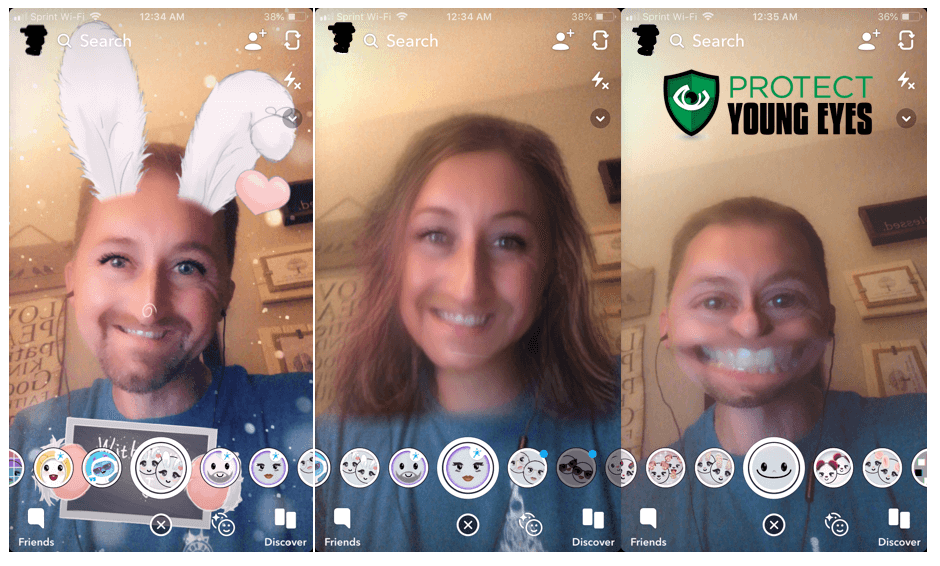 At the bottom of the main Snapchat screen that appears when you open the app, there’s a little face next to the button that takes a picture. Click that to access filters.

Oh, and don’t be confused. Some of what you’ll find behind that smily face is referred to as a “filter” and some options are referred to as “lenses.” The difference is subtle – filters are those that lay over a face, while a lens is more akin to what you might think of as augmented reality – changing something like a building or adding a Pokémon to your screen. Don’t worry about the difference – just know that both “types” are shown in that section and if you saw different descriptors, now you know why.

May and early June were brutal for Snap’s filters.

BEER ADS? Snapchat served up a cold Coors LIGHT beer filter to an age 13 test account. This isn’t supposed to happen because Snapchat touts age-gating, which is supposed to prevent alcohol ads from getting to teens.

But, the problem is that Snapchat’s “system” is smart. Too smart. The account’s birthday is only one of many things that dictate whether Snapchat displays adult content to a user. If someone with a birthday indicating they’re 25 only has 13-year-old friends, then Snapchat will consider the 25-year-old as a child. 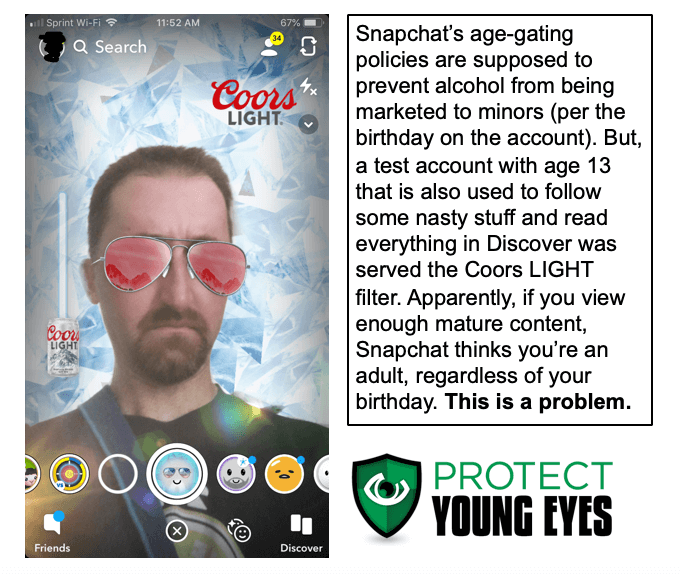 PEDOPHILIA? During Snapchat’s promotion of LGBTQ Pride Month on June 1-2, Snapchat included a Pride filter that said, “Love has No [gender, race, religion, age].” News outlets and online forums quickly concluded that this age reference had a pedophilia agenda. Snapchat quickly removed the filter on June 3.

P*RN STARS? In May, Variety reported that adult entertainment company Naughty America released its own filters in Snapchat, allowing users to take their photo with virtual adult performers in augmented reality. Snapchat quickly removed the filters, but Naughty America is now distributing the source files for the lenses from its website for people to download and use on their own phones to share with their friends.

FYI – did you know that Snapchat’s Community Guidelines allow for nudity in non-sexual contexts within the app? It’s true. Naughty America’s CEO fully believes that what they created was within Snapchat’s rules. One of the many reasons why PYE helped create the #FixAppRatings movement. Snapchat is not an app that was built with 12-year-olds in mind (Apple’s rating).

What is Snapchat Dysmorphia?

Body dysmorphic disorder (BDD) is a mental health condition affecting 1 in 50 people in the United States.

The disorder has been classified as part of the obsessive-compulsive spectrum.

Snapchat dysmorphia is a type of BDD where a patient wants to alter his/her physical appearance in order to more closely match their social media filtered self. According to an article published in JAMA Facial Plastic Surgery, in 2017, 55 percent of plastic surgeons dealt with people who were looking “to improve their appearance in selfies.” Only 3 years ago, this proportion was 42 percent, an increase of 31%.

What can Parents do to Control Snapchat’s Filters?

Short answer – not much.

There have never been any substantial parental controls in Snapchat. Filters cannot be turned off. It’s an app that has a long history of placing mature content in front of young people. We’ve published a couple of popular posts the called out particularly egregious content on the app:

But, there’s no magic toggle to turn filters off that parents can control.

—->>>>> The #1 best thing you can do to keep just a bit of mature content (in filters and Discover) away from your kid is to use an accurate birthday on the account (click the account’s bitmoji in the upper left corner -> click the red settings toggle in the upper right -> Birthday, which you can only change 2-3 times before it locks). Assuming your kid isn’t doing constant dumpster dives into adult content on the app, then our experience shows that ads like the Coors LIGHT example above aren’t made available.

—->>>>> There are only 2 paid monitoring services that have any insight into Snapchat.

There aren’t any great monitoring options and this is because of Snapchat. They won’t let anyone in.

If your kid uses Snapchat, then filters are a feature that you just have to live with. They are part of Snapchat’s DNA and are only going to get edgier and more crazy. Stay observant. Stay engaged. Stay informed!

Our free newsletter is one way to stay informed – text the word “protect” (no quotes) to 66866 and begin receiving our free research today!

2 thoughts on “A Complete Guide to Snapchat Filters”