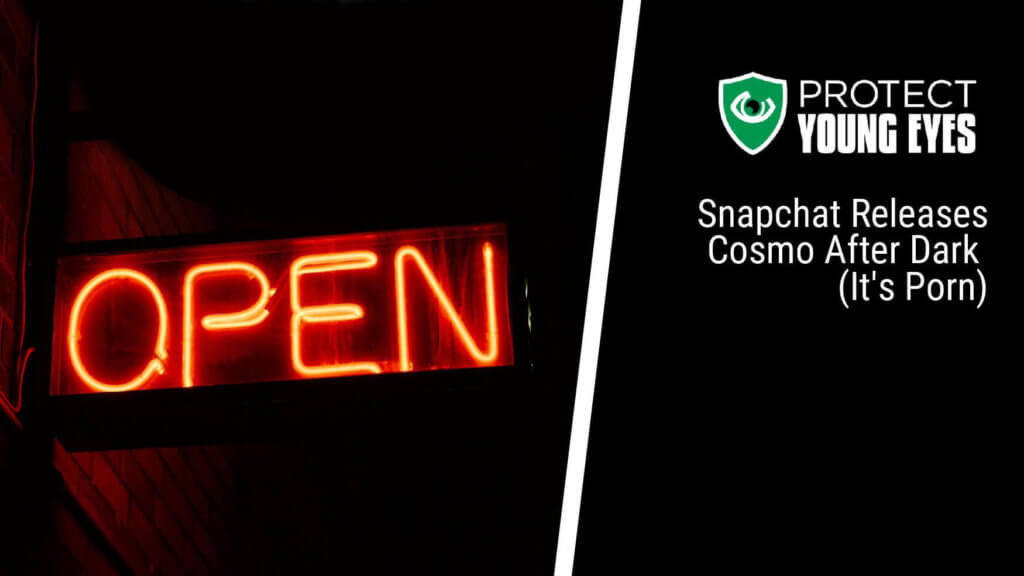 **UPDATE: We have exciting news! Cosmo has told us they are discontinuing After Dark!

[Warning – this blog post is R-rated but it’s necessary. The Discover section of Snapchat is easily accessible by kids with a new channel: Cosmo After Dark. Parents must know the truth.]

What is Cosmo After Dark? A New Level of Inappropriate

On May 18, 2018, Snapchat introduced a new channel in its Discover section called, “Cosmo After Dark.” Using its own language, the channel “is an X-rated weekly edition that goes live every Friday at 6 p.m. and is exclusively dedicated to all things hot and h*rny.” And, there’s nothing parents can do to turn it off.

Remember, there are almost no parental controls in Snapchat (we mention one step parents can take below that helps some). There never have been. The Discover section has been a content mess from the beginning, which we’ve told parents about often. Have we forgotten how Snapchat started? As a social platform created by two college students who wanted to sext.

But, Cosmo After Dark seems to include a new, more pornographic level of sexualized content, even by Snapchat’s standards. It’s for this reason that Protect Young Eyes is so concerned. Snapchat seems desperate. As a publicly traded company, making money is important. In the bloody waters of social media competition, it’s a feeding frenzy, and there are signs that Snapchat might not survive. Therefore, everything seems ok. They won’t say no to anyone.

Why do we care?

Because yesterday, I spoke to 240 eighth graders at a public middle school in Michigan. I asked the class to raise their hand if they use Snapchat regularly. A rough estimate had around 80% of the class raising their hand. EIGHTY PERCENT.

Articles from the Inaugural Edition of Cosmo After Dark on Snapchat

Maybe you’re still not convinced. I’d like to show you what I found. Warning – if you can’t handle sexualized content, then these articles are not for you. The following images are some screen shots of content in the Cosmo After Dark Discover channel which were taken on May 19, 2018.

Anyone using Snapchat can subscribe to this channel so that it remains in the “Subscriptions” section of their Discover section. This is really the only way for a parent to know if the channel has been subscribed to, but only a really careless kid would actually subscribe. Instead, he or she would just peruse the content from time to time without anyone knowing.

The birthday that’s established by the Snapchat user has some bearing on the types of channels that are available, including some of the articles within certain channels. We’re going to continue testing this theory over the next few days by creating test accounts with different birthdays, but for now, it’s very important for parents who have teens using the app to have the correct birthday set.

Here’s a support article from Snapchat that explains how to check and set the Snapchat birthday: How to Set Snapchat Birthday In 2017, Snapchat stated that they began age-gating inappropriate content so that users under age 18 couldn’t access it. Cosmo After Dark definitely qualifies for these gating requirements.

PARENT HACK: if you’re concerned that your child might try to alter the birthday to something older, try changing the birthday on your child’s phone until you reach the max attempts. Then, Snapchat will lock the birthday once you’ve maxed the changes.

Keeping the birthday accurate plus using BARK* to monitor overall activity on Snapchat will give parents as much assurance as can be achieved right now.

Our Stance? No One Under 15 Should Use Snapchat #waitingisloving

At PYE, we sometimes feel like the guy on the street corner in the 1950’s with the “Smoking will kill you” sign. Everyone thinking he’s crazy, while walking by and smoking. In a similar sense, too many parents continue to turn a blind eye to the digital risks facing their kids.

Maybe you’re a parent who thinks that the Cosmo articles above are appropriate for teens. If that’s the case, then we will just have to disagree and this blog post isn’t for you.

Maybe you’re a parent who thinks their kid will suffer socially if he or she doesn’t have social media. Hey, there’s no real gentle way to say this, but that position usually says more about the parent than it does about the kid. That perspective is often (not always, but often) code for, “I don’t like fighting this anymore. It’s just easier to say yes.”

Our stance isn’t popular but, we stand by it. We’ve written a lot about social media, if you’re curious to read more below. Remember, in the digital age, saying NO isn’t easy, but it’s often the most loving response.

Related Post: What’s the Right Age to Give my Kid Social Media?

Parents, there’s only one solution we trust to monitor popular social media platforms like Snapchat and Instagram – BARK. Hundreds of families have signed up for Bark based on our recommendation. Is it right for you? Maybe! Try it today for free for seven days by clicking here or the image below.*

Appendix to Original Post: On May 23, we did multiple news segments related to this post. Both stations reached out to Snapchat, who made the following statement to WSPA News 7:

“We work hard to be a responsible source of news, entertainment and information for our community, and understand the legitimate concerns parents have about what content their children consume. Last year, we strengthened guidelines for our media partners to label anything that might be too mature for younger Snapchatters. In this case, Cosmo was required from the start to age-gate their “Cosmo After Dark” edition for accounts registered as under the age of 18, which means those Snapchatters would not have had access to this content.” 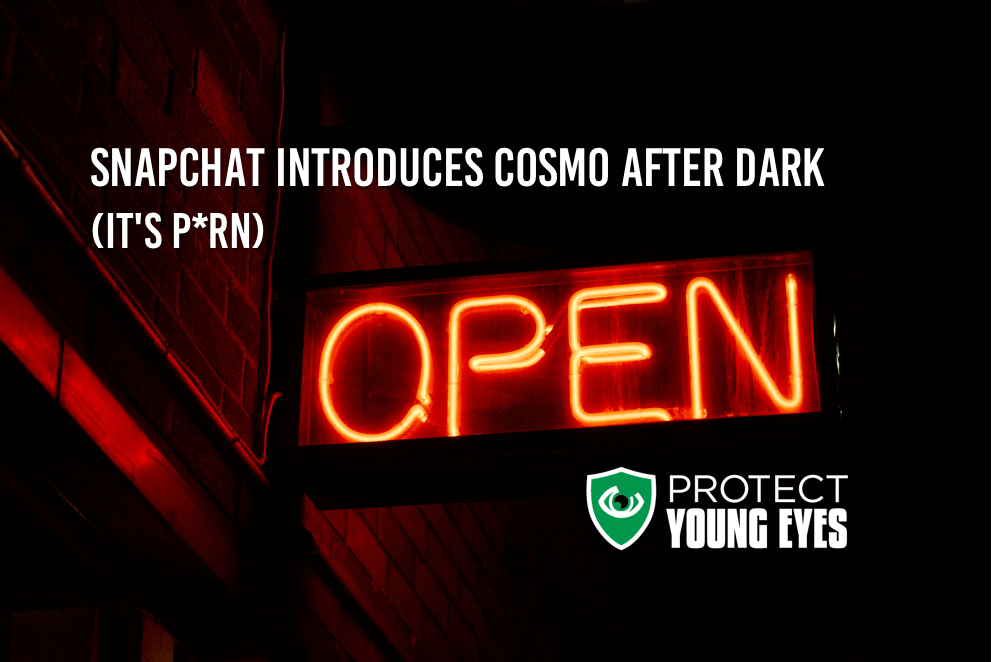