Does My Kid Have an Internet Addiction? (How to Know) 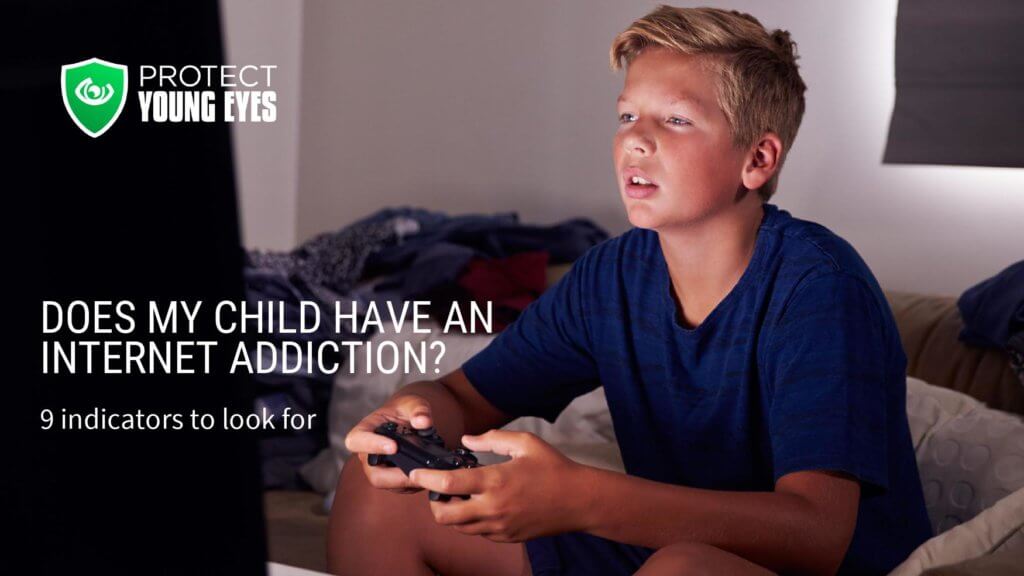 Does My Kid Have an Internet Addiction? (How to Know)

The May 2013 Diagnostic and Statistical Manual of Mental Disorders (DSM-5) was the first to include Internet gaming disorder in its research appendix . This means that it is not an “official” disorder in the DSM, but one on which the American Psychiatric Association requests additional research. This change in the DSM likely points toward a growing recognition in the medical community that Internet addiction is real.

Similarly, in December 2017, the World Health Organization included gaming disorder in its most recent draft list recognized diseases, which is scheduled to be released this year. For someone to have the disorder, they must continue to game despite negative consequences. This recognition is important, because it may pave the way for more easily accessible treatment options, including possible medical insurance coverage.

June 18, 2018 update: the World Health Organization (WHO) has added “gaming disorder” as a mental health condition, now including it in the 11th edition of its International Classification of Diseases (ICD), set to release today (June 18, 2018). 9to5 Mac first reported this development.

The WHO’s Dr. Vladimir Poznyak said that there were three main characteristics required for a diagnosis.

The second feature is “impaired control of these behaviors,” Poznyak said. “Even when the negative consequences occur, this behavior continues or escalates.” A diagnosis of gaming disorder, then, means that a “persistent or recurrent” behavior pattern of “sufficient severity” has emerged, according to the ICD.

A third feature is that the condition leads to significant distress and impairment in personal, family, social, educational or occupational functioning, Poznyak said.

Internet Addiction Disorder – Is That a Thing?

[The following section is excerpted from our popular post: Screen Time and Kids: 5 Recommendations]

Dr. Victoria Dunckley is a child psychiatrist who is connecting the dots between the massive increase in childhood bipolar disorder and ADHD, and fast-paced screens.

She found that visits for kids diagnosed with pediatric bipolar disorder had increased 40-fold from 1994 to 2003; that between 1980 and 2007 the diagnosis of ADHD had increased by nearly 800 percent [2].

She started to ask the question, “is this simply due to advances in diagnosis or something else?”

Eventually, Dr. Dunckley started using the label electronic screen disorder (ESS) to describe the reason for the enormous increase in attention- and mood-related diagnoses in children. She theorized that ESS was disrupting the formation of a child’s attention template. Templates are simply patterns of thinking that are established during our formative years.

But, because it’s unethical to test her theory on children by feeding them copious levels of screen time, she’s relying on the old principle in medicine that if the cure works, you probably have the disease.

By removing screens through a prescription of tech fasting from over 500 kids that have visited her practice with varying levels of psychiatric disorders, Dr. Dunckley has found a reduction in symptoms in 80% of her patients. [3]

In 2008, China became the first country to declare internet addiction a clinical disorder. According to Glow Kids, China has identified Internet Addiction Disorder (IAD) as its number one health crisis, with more than 20 million Internet-addicted teens, and South Korea has opened 400 tech addiction rehab facilities and given every student, teacher, and parent a handbook warning them of the potential dangers of screens and technology.

According to the DSM-5, five of the following criteria must be met within one year for someone to qualify as having an internet addiction issue.

Does your child fit these criteria?  The second one in the list, “Withdrawal symptoms,” is one that I often use when parents ask me, “Chris, how much screen time is too much?” My response is, “if you take it away, and it creates an emotional response, then however much time they currently spend on devices is too much. Removal of digital screens should not create an emotional response. Or, that’s a problem.”

Programs That Help Kids Addicted to the Internet

Thank you Team Screenagers for much of the list below:

Parents, if you suspect there’s an issue, the please follow through with getting your child the help he/she needs, while their brain is still in the neuro-plastic adolescent years.

Parents! The Next Step is Yours!

If your elementary, middle or early high-school son or daughter has an internet-ready device, then he/she will likely require some restraint around how often, when, and for how long they use the device. You can manage this manually or you can use a paid service, which can carry some of the burden for you!

We recommend parents try Mobicip. The service allows parents to sleep apps, set time restrictions, and know how long apps are being used. Mobicip works on both Apple and Android products (along with Chromebooks and Kindles).

*Disclosure: Some of the links here are affiliate links, meaning, at no additional cost to you, I will earn a commission if you click through and make a purchase. We constantly test products to make sure we only recommend solutions that we trust with our own families.

4 thoughts on “Does My Kid Have an Internet Addiction? (How to Know)”