What is a VPN? Why is it on my Kid’s iPhone? 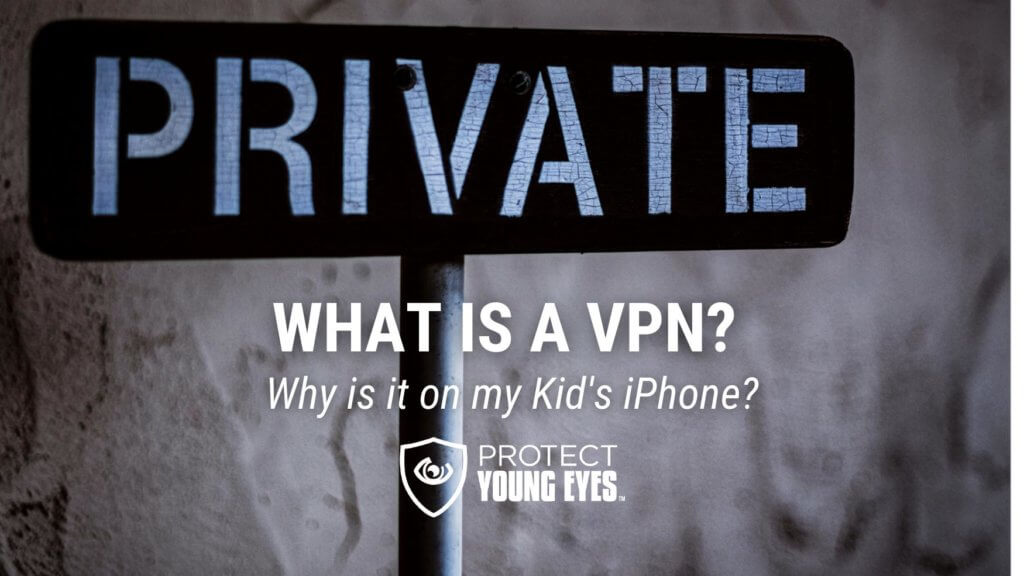 What is a VPN? Why is it on my Kid’s iPhone?

There are four primary reasons a virtual private network (VPN) may be used on a mobile device or tablet:

The focus of this quick post is #3, because tech-savvy kids might be punching a hole in your carefully crafted parental controls with a VPN app!

What is a VPN?

According to John Mason at thebestvpn.com:

A VPN (Virtual Private Network) is a service that lets you access the web safely and privately by routing your connection through a server and hiding your online actions.

This picture shows the difference between how most people use the internet versus using the internet with a VPN app: 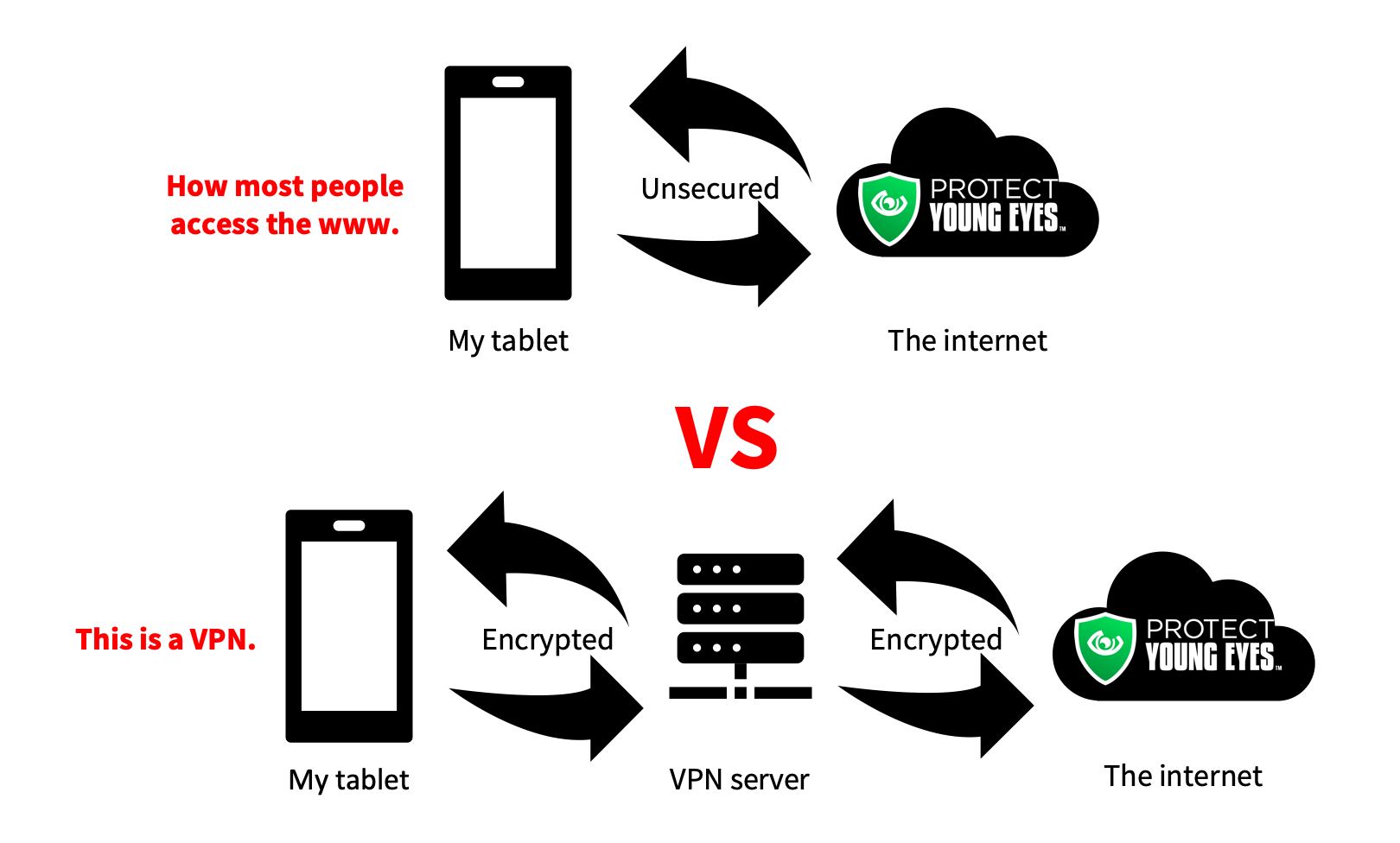 Why is there a VPN on my kid’s iPhone?

We gave you four reasons above, and when it comes to teens and VPNs, our experience tells us they typically use one because they’re trying to beat whatever parental controls you’ve put in place.

How do I know if my kid is hiding a VPN on their phone?

If you suspect something, start by looking your kid in the eye and asking if they’re using a VPN and if so, why. From there, it’s time to dig into the device itself.

2. Search for a VPN app on the phone and in the applicable app store.

On an iPhone, from the main screen, swipe right to expose a search bar at the top. Type in “VPN” and see if anything shows.

Second, go to the App Store on your child’s device and determine if they’ve ever downloaded a VPN app. You do this by:

For an Android device, touch the icon from the main screen that houses the apps on the device. Sometimes a white circle with six dots in it. In the search bar at the top, type VPN.

Second, go to the Google Play store and investigate. 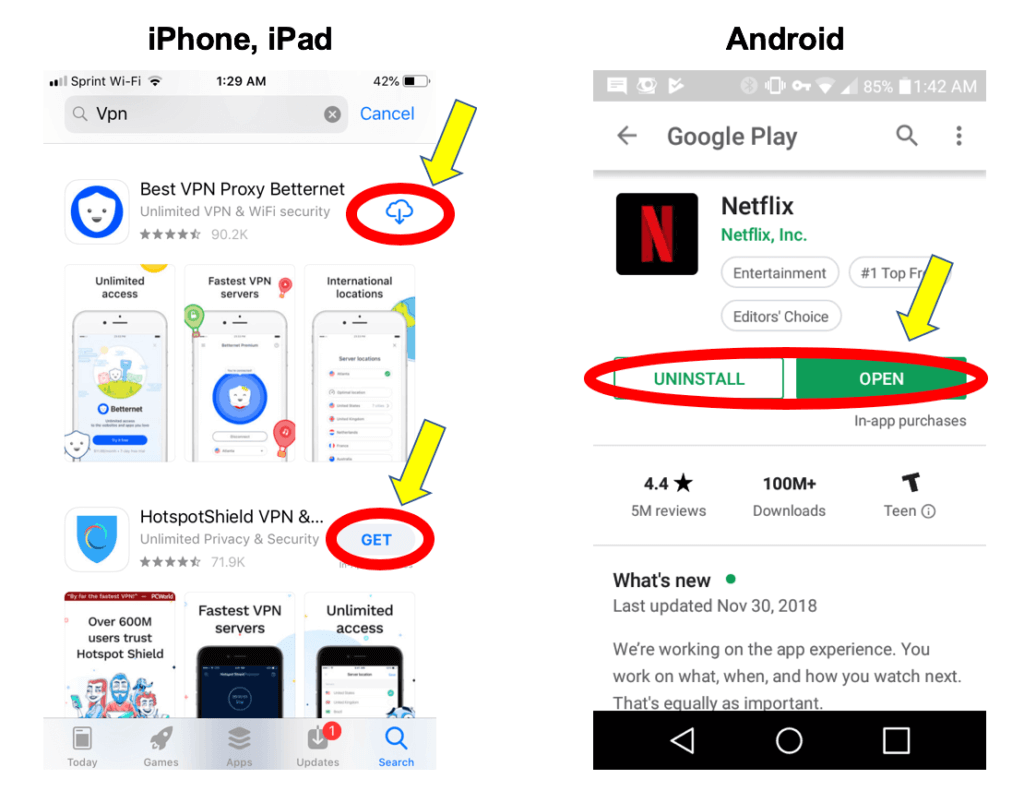 3. Check the phone’s icons and notifications.

What to do if there’s a VPN on my child’s phone?

(This section assumes you’re not using a company like Mobicip or Covenant Eyes to monitor the device. See the next section for more information about using a VPN for parental controls.)

Step one – don’t make assumptions. Yes, there’s a 51% chance they’re trying to get around something, but, first, give him/her a chance to tell you why. Be a loving investigator.

Step two – assuming the VPN was downloaded for nefarious reasons, delete it.

Step four – impress upon your child the importance of privacy, yes, but abusing that principle to hide online behavior from parents isn’t honest. It isn’t noble. Online secrets usually get us into trouble (whether you’re 14 or 40), eventually. And, the behavior will be punished.

What about companies like Mobicip, Covenant Eyes, or Bark who are now using a VPN?

A tech-savvy dad raised this question on Facebook, so we’ve added some explanation here.

Mobicip, Covenant Eyes, and Bark use aspects of a smartphone’s VPN technology in order to deconstruct and understand more of the activity on the phone. This is why Mobicip’s more recent release is now able to control all of the phone’s browsing activity, even through Safari. Covenant Eyes does something similar by enforcing Safe Search on both Google and Bing, no matter where those browsers are used.

The technology here is pretty advanced. These are companies who care deeply for the families who depend on their services (we don’t just say this – PYE knows all 3 companies intimately).

Do you want to stay connected to our latest tech news for parents? Just text the word “protect” to 66866 to receive our free, bi-weekly newsletter. Here’s an example newsletter.