Your communities upvote and downvote posts to highlight the most interesting and relevant content. On Reddit, your privacy and opinions matter. You can share your passion for your favorite books, movies, video games, sports, TV shows, music, and technology with millions of people who share your interests.”

Reddit is a top 20 website IN THE WORLD. If you’re a parent, you need to know at least some basics.

Reddit is one of the top 20 websites IN THE WORLD. Every parent should know at least some basics. The app came long after the website.

All you need to sign up is an email (could be real or fake), user name, and password.

While Reddit generally provides a lot of leeway in what content is acceptable, here are some guidelines for content that is not. Please keep in mind the spirit in which these were written, and know that looking for loopholes is a waste of time.

While browsing through Reddit, you will find everything from discussions about movies, TV, sports teams, etc. to complaining about in-laws to asking for relationship advice. There is vulgar language and explicit descriptions – these are unavoidable. Even some of the subreddits have vulgar language in the title. Subreddits that are not safe for work (NSFW) or not safe for life (NSFL) must be marked as such in the title.

Reddit has minimal parental controls on iOS and none on Android. On iOS, you can toggle off the ability to view NSFW content, but the toggle can’t be locked. See the iOS screenshots below. On Android, there’s no toggle. 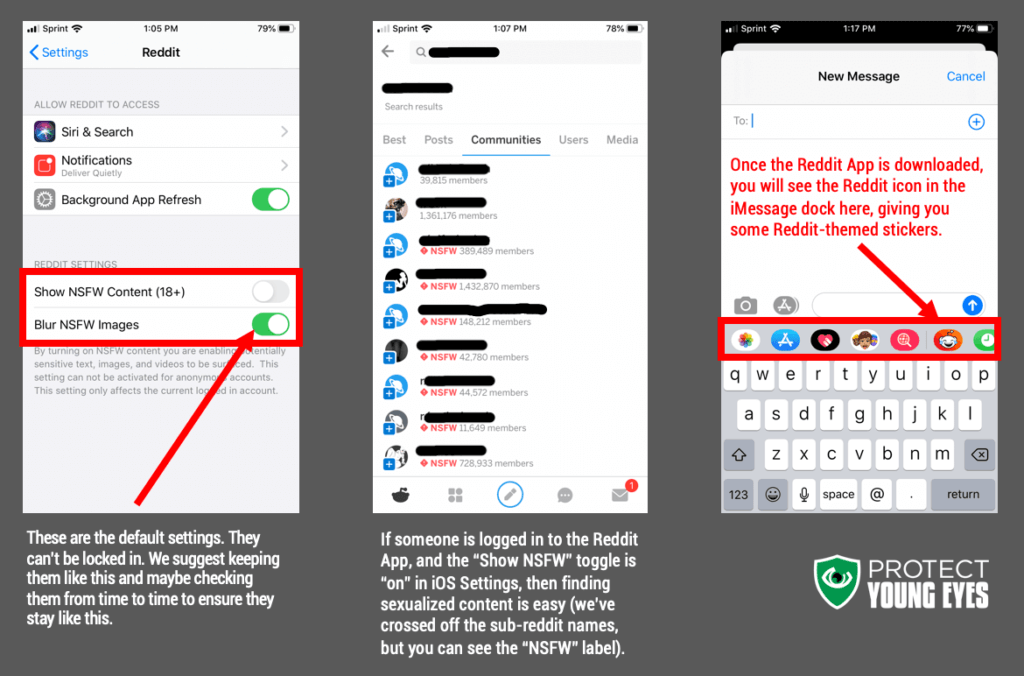 If a parent wants to allow their child to use Reddit but isn’t wild about all of the explicit content, you have a couple of options:

[Click to learn more about Bark – it’s a great app!]

Reddit Premium. Reddit has a currency (Coins) that users can use to award posts and comments. Prices range from $1.99 to $99.99. For $6.99/month, you can get Reddit Premium, which offers an ad-free experience, 700 coins each month, and access to the exclusive r/lounge community.

There’s an in-app browser. Users can choose whether to have links open up within the app, in Safari, or within the app on Safari. Just something for parents to be aware of if they’ve removed Safari (as an example) because Reddit will still provide non-Safari search capabilities.

Reddit acquired Dubsmash, which is TikTok‘s biggest rival (Black and Latinx teens have largely driven its success). Reddit is hoping to integrate the video service into its platform. We will update this when they do.

Reddit uses Personalization Preferences. Within the App’s Settings, there is a Personalization Preferences section that clearly states that Reddit personalizes content and advertisements based on your use of Reddit, info from third-party sites that integrate Reddit, and advertisers. But then it also explains that you can change your preferences and what those changes will mean. 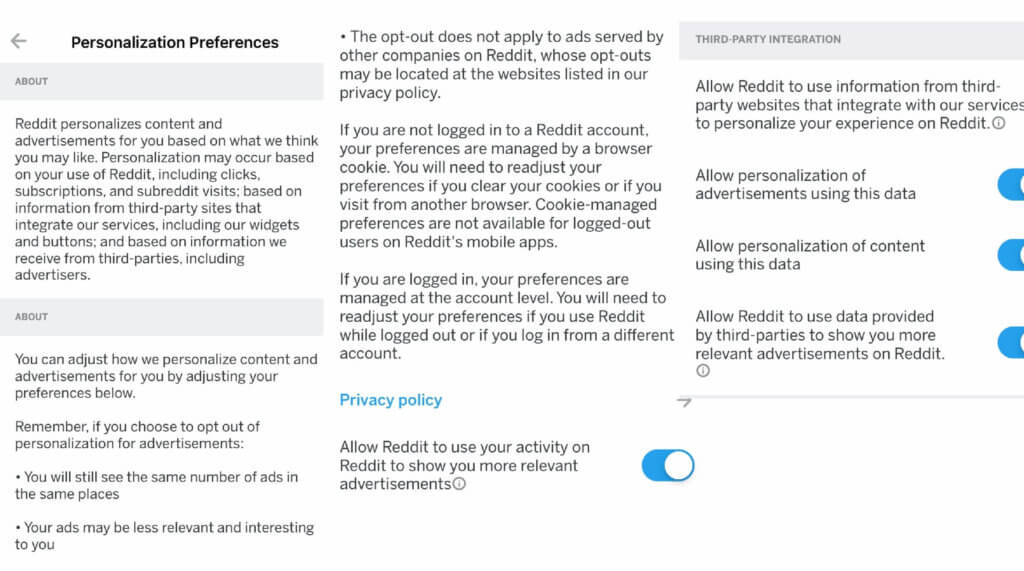 The bottom line – is Reddit safe for your kids?

There is so much content on Reddit that would be fine for a kid to read, but there is also way too much explicit and questionable content that a kid would have to wade through to get to that acceptable content.

If the parent/guardian found something that the kid would be interested in and browsed that specific subreddit with their child, then this would be a great compromise! Otherwise, keep in mind that the App Store gives the app a 17+ age rating for a reason.