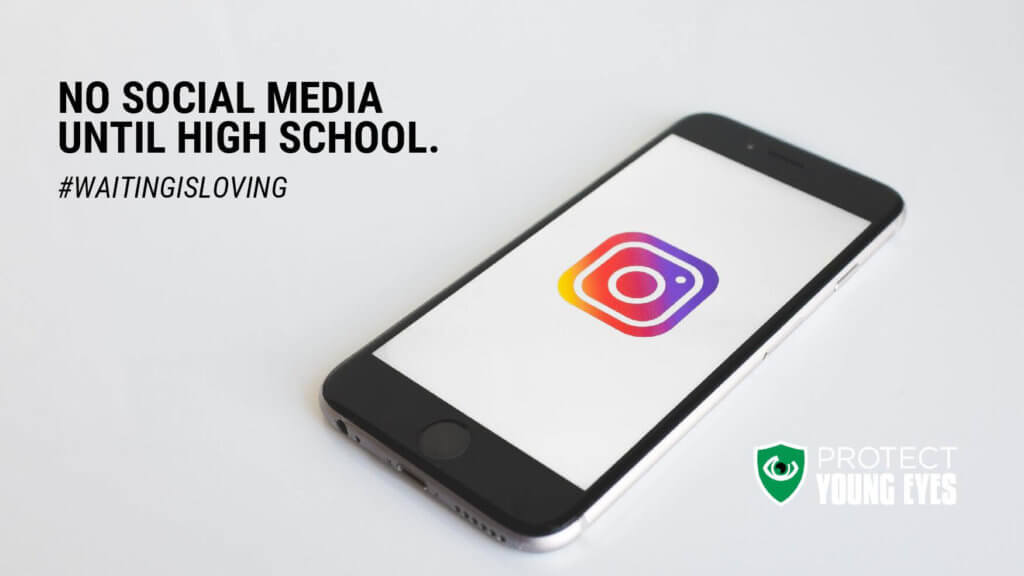 Our speaking team has over six decades working with families in various teaching and ministry roles. None of us has ever met a parent who flat-out didn’t care about the safety of their children. Not one. We’ve met parents who weren’t very good at parenting. But if you were to ask them, “Do you care about the safety of your children?” even bad parents will typically say, “yes.”

Too Many Young People with Too Much Social Media

Three weeks ago, I spoke to around 900 total students at a public middle school in a typical rural community. This is a strong community with a strong faith foundation. As is our preference, I was able to speak to each grade separately, which afforded me the opportunity to tailor the message to each grade and hone in on issues specific to each grade. For example, with the eighth grade students, I could link internet permanence to their future college applications, athletic scholarships, and jobs.

For sixth grade, I began by asking all 300 of them to raise their hands if they had at least one social media account of their own. I’m pretty decent with numbers and estimate that 70% of the gym raised their hands.

This is common in our talks. No matter what type of school (public or private) or what type of community (urban or rural) or what part of the country, the results of our informal polls of kids in grades 3-6 are the same.

Too many kids have too much access to digital spaces that they just aren’t ready for.

The Perplexing Gap in our Digital Parenting

So, back to our confusion. We’re left wondering “why?”

Why do parents who are concerned about the safety of their children consistently make reckless digital parenting choices?

What we’ve found is that there’s a perplexing gap that exists between what parents tell us (“I’m concerned about the safety of my child”) and the decisions these same parents are making (“We gave our sixth grade son an iPhone for Christmas”).

This means one or multiple of the following is true:

For most parents, in our experience, it’s usually a combination of #2 and #3.

The Grace Period for Ignorant Parenting is Over

The Internet as we know it (ignoring its military infancy) is approaching 30 years old.

The iPhone is now over a decade old.

We have enough peer reviewed science to know that glowing screens are impacting the brains of our precious young people.

We know with certainty that teens are acquiring a distorted view of love through pornography and are becoming exposed early and often, hopelessly hooked to the dopamine rush, and are abusing each other.

Related post: Sex Before Kissing – How 15-year-old Girls are Dealing with Porn-Obsessed Boys

We have amazing insights from researchers like Dr. Jean Twenge, and her book, iGen: Why Today’s Super Connected Kids are Growing up Less Rebellious, More Tolerant, Less Happy – And Completely Unprepared for Adulthood that point to more suicides, more depression, and less ability to handle life due to technology.

We know through individuals like Sean Parker in the video below that social media giants have been knowingly exploiting the psychological weakness in most human beings that craves purpose and significance.

We know that tech moguls protect their kids from the very devices they create, like Steve Jobs’ children not being permitted to use the iPad or Bill Gates not giving his kids a smartphone until high school, and Silicon Valley executives that send their kids to tech-free Waldorf Schools.

Listen – middle school doesn’t need more drama! It’s a stage of life when kids are searching for identity and their place in the pack. It’s an unfortunate coincidence that this is often the time we open up their precious hearts to the unrelenting, immoral, and distorted messages that come with open access to YouTube, Instagram, Snapchat, and Google.

The grace period for parental ignorance is over. It’s time to stop the madness. It’s time to parent differently. It’s time to say “no” more often. Your kid won’t die or become a social outcast without a smartphone. It’s time to get together with other parents and collectively decide that kids don’t need a screen to survive (we love the Wait Until 8th Movement). It’s time to call out Snapchat and Instagram for what they really are.

Most of what parents hate about technology is our fault. Too many screens. Too many accounts. Too busy to notice. Too tired to say no. Too many principals cleaning up messes that started at home. And, then too many parents complaining that the principals aren’t doing enough.

Let’s get back to basics. Checkers. Dinnertime together. Device-free car rides. Face-to-face. Monopoly. Solitaire. Yes, some screens. I’m not telling everyone to join an Amish community and disconnect completely. But, put off access to social media as long as possible and seriously take stock and ask yourself if based on the evidence, your parenting decisions line up with your concerns.

Q: Chris, so, do we just wait until high school to teach them everything? That doesn’t seem right either?

A: This is a great objection, and it was raised in a Facebook comment. If I said, “I don’t think kids should drive until age 16,” that wouldn’t mean I’m against putting kids through a rigorous training program before putting them behind the wheel. The same holds true with social media! Our motto is:

Tell them no, but train them as if you’ll eventually say “yes.”

This means we absolutely place them in well-controlled digital environments long before they navigate solo, so we can see how they respond. We provide practical examples of how this training might look in our popular post, What’s the Right Age to Give my Kid Social Media?

Thank you, Heather, for asking this question!

Parents – Here’s a Next Step:

Parents, there’s only one solution we trust to monitor popular social media platforms like Snapchat and Instagram – BARK. Hundreds of families have signed up for Bark based on our recommendation. Is it right for you? Maybe! Try it today for free for seven days by clicking here or the image below.*

*Disclosure: Some of the links above are affiliate links, meaning, at no additional cost to you, I will earn a commission if you click through and make a purchase. We constantly test products to make sure we only recommend solutions that we trust with our own families.

1 thought on “No Social Media Until High School #waitingisloving”