What Parents Need to Know about Apex Legends 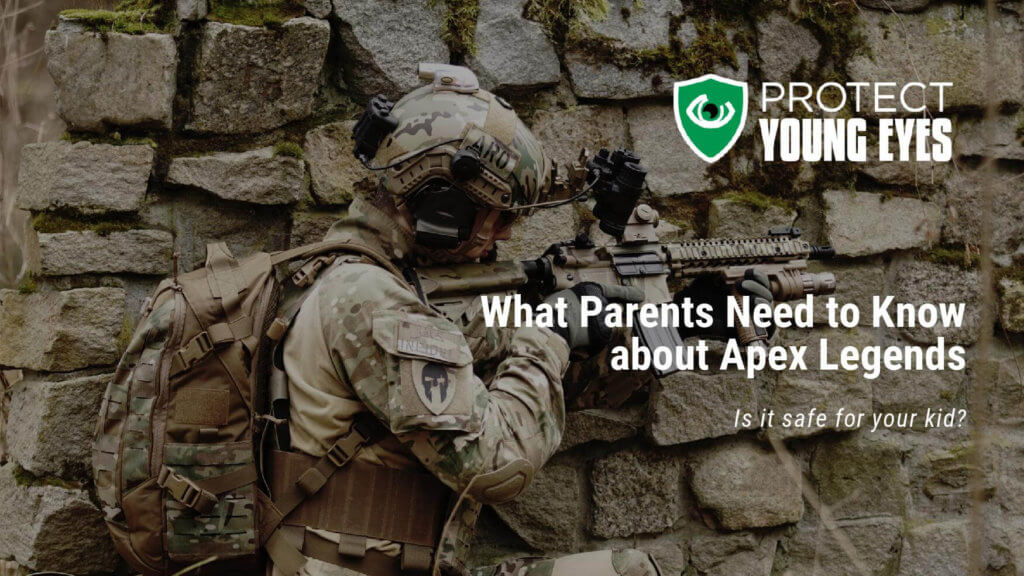 What Parents Need to Know about Apex Legends

Apex Legends has taken the gaming world by storm! It was released February 4, 2019 by Respawn Entertainment. In one week, there were over 25 million registered users!

We don’t usually write about desktop games, but Apex is so huge, which means there are kids and parents who need to know more about the game.

What is Apex Legends?

Description: Apex Legends is a free-to-play, battle royale, shooter game. Sixty players are pitted against one another in squads of three onto an island filled with weapons and other resources. Squads need to collect these while fighting other squads as the play area gradually constricts in size. The last squad standing wins.

What do Parents Need to Know About Apex Legends?

Apex is very similar to Fortnite and for as popular as Fortnite was/is, Apex is actually growing at a faster rate. We’ll see if they can maintain this early momentum!

It’s a free game! But, the developers still want to make money! This article explains the multiple currencies well. The CliffNotes version is that there are three different currencies in Apex Legends.

Violence factor. It is a shooter game, so yes there is violence. When you hit an opponent, there is a small amount of blood (which is a quick, small, red splatter from the opponent). Hitting an opponent decreases their health meter (others on your squad can heal you). If health gets too low, then the player is immobilized. At this point, there are finishing moves that you can do (stabbing, punching, electrocuting) that are depicted close-up or from the victims point of view. In the US, this game is rated the same as Fortnite. However, Europe’s rating system PEGI finds Apex Legends to have darker themes than Fortnite and has rated it as 16+.

Down is not out. In Apex Legends, once you have officially died, your squad members can still grab your “banner” and take it to a respawn beacon. This will revive you, and you can stay in the game…but you won’t have any of your gear.

Social interaction. Similar to Fortnite, this is a huge part of the draw. Yes, it’s fun to play to win, but you can also team up with a friend, or group of friends at a sleepover, and compete as a team. Participants can chat using headsets and microphones. Currently, there is no cross-platform play. Therefore, make sure that the friends and family you want to play with have the same gaming system.

Update November 5, 2020: Season 7 of Apex Legends is releasing this week. One of the updates includes the formation of Clubs. Users can join a club (filtered by experience, interest, or play style) in order to make friends and be able to join a battle with a group instead of going in solo. Please have a candid conversation with your kid about interacting with strangers online if you allow them to use this feature. See our blog post about Tricky People-Stranger Danger in the Digital Age.

Can kids chat with other players? You can chat with others on your squad, but not with opponents. Apex Legends also has a ping system in which you can communicate where enemies or supplies are without chatting with them. Therefore, it is possible to play this game without talking to strangers.

Video and text chat can be turned off. Click settings, go to audio tab, and turn down ‘Incoming Voice Chat Volume’ to zero. Also set ‘Voice Chat Record Mode’ to “Push toTalk” instead of “Open Mic” so if you have a microphone, then your voice won’t be heard. Alternatively, you can press the Tab key for PC or the Inventory button for PS4 or Xbox, then go to the squad tab. You can click the volume icon and text icon under each member of your squad to mute those features.

Video profanity. Kids might be tempted to head to YouTube and search for Apex Legends game play videos, just like they do for Minecraft and Fortnite. Just beware of profanity used by gamers in these videos.

Apex Legends bottom line – Is it safe for your kids?

Due to the violence and the ability to chat with strangers, there are some concerns.

Upper middle school could be an appropriate age, if the child is well monitored. Parents will want to watch screen time and kids sneaking away with devices in order to squeeze in one more match. This game, if left alone with a teen, has strong potential to become addictive. Note that in June 2018, the World Health Organization listed gaming addiction as a mental health concern for the very first time, recognizing its similarities with substance abuse.

Related post: Does my Kid Have a Gaming Addiction?

11 thoughts on “What Parents Need to Know about Apex Legends”