What is Sextortion? 3 Prevention Tips for Families 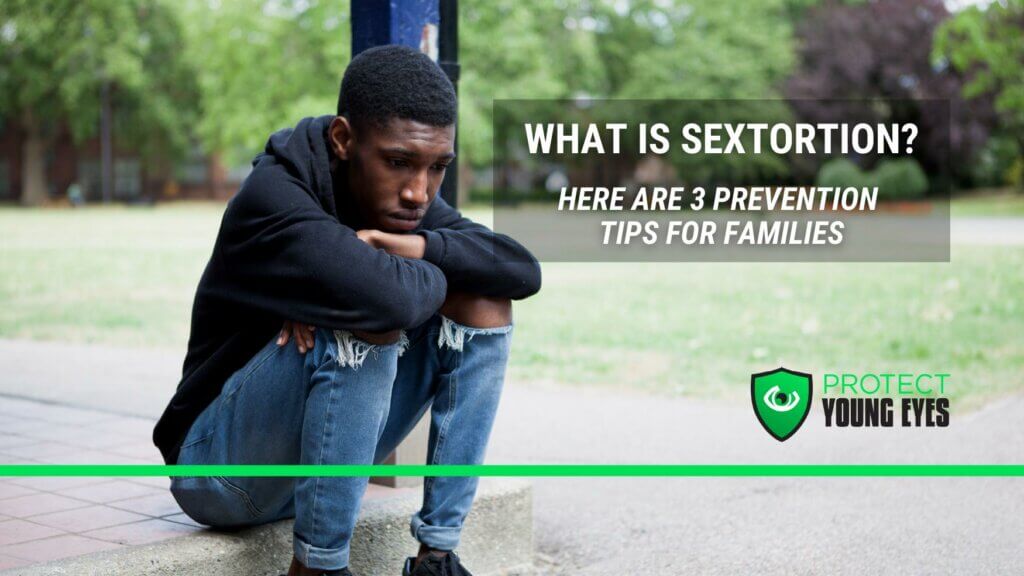 What is Sextortion? 3 Prevention Tips for Families

Sextortion is on the Rise

Within the past three weeks, I’ve had two different families reach out to me with dire sextortion situations. In both cases, these were older kids! Ages 17 and 18, respectively. In other words, sextortion isn’t just a young kid issue.

Here is a summary of one of the message: was the message I received related to an 18-year-old who was sextorted:

What would you do in this situation?

Sextortion happens when a person uses coercion to obtain sexual photos, videos, money, or even sex from a victim. Many times, the targets are pre-teens and teens. And based on all of the most recent cases that have been reported to PYE, boys are the victims, because they are often very easily convinced by a cute girl to send a compromising photo. Imagine your teenage son or daughter receiving a text message like this: 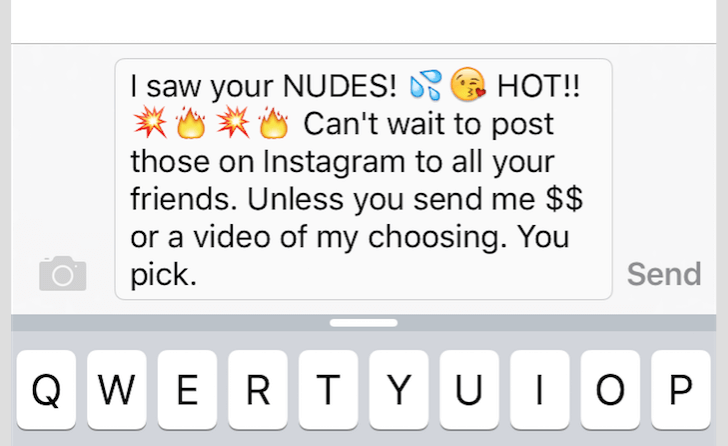 What would your son or daughter do? Does he or she have the tools and the wisdom to handle a message like this?

Sextortion Happened to a Friend

Early one morning, I received a text from a friend who is very familiar with my Internet safety work at Protect Young Eyes. She said it was urgent that we spoke, and so I called her on my way to work.

She shared that the night before, her 13-year old son Bryce [name changed] had sent a nude photo of himself to a stranger on social media. This stranger had randomly reached out to her son via DM (direct message) and started a friendly conversation. The messages quickly turned mean, and the person threatened to hurt Bryce’s family if he didn’t send a nude photo. Bryce froze with fear and sent a photo that he knew was wrong, but he just reacted. Next, the stranger told Bryce that if he didn’t give his mom’s credit card number, he was going to post the photo on multiple social media platforms.

At this point, Bryce wised up and went a told mom what was happening.

Mom and I discussed next steps. We got law enforcement involved. It wasn’t fun. Even though all physical doors to the house were locked, it was a digital doorway that gave a bad player access to her son.

Thorn reported a sextortion survey that closely examines the experiences of minors. Here are a few of their findings:

This screenshot from the Thorn study is a wake-up call to parents and caregivers to swing the doors of conversation wide open so that shame is crushed: 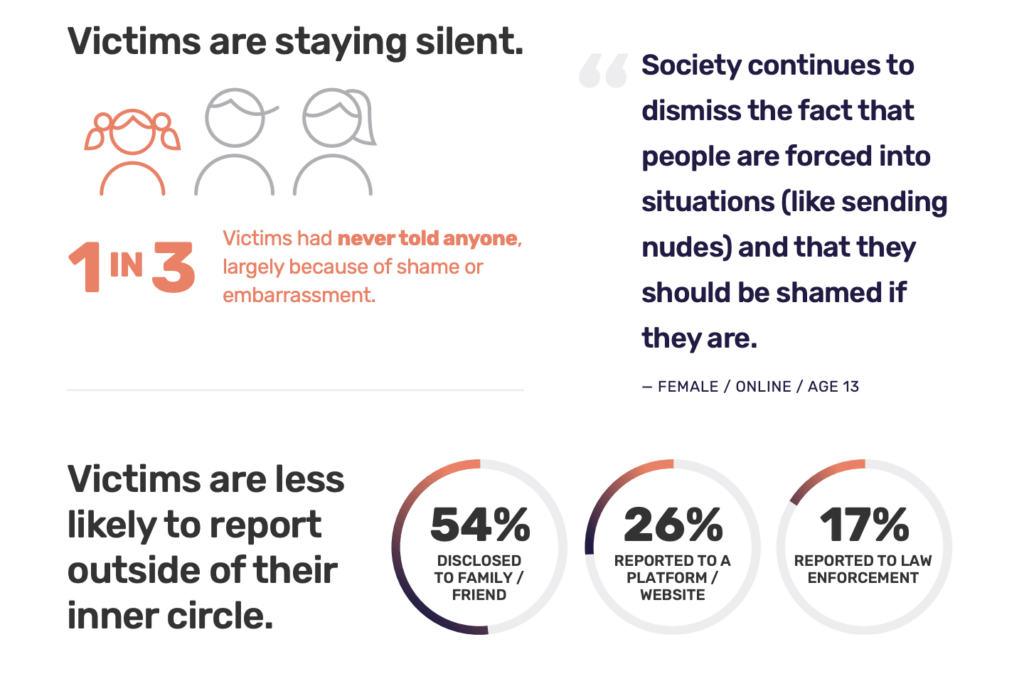 3 Things Parents Can do to Prevent Sextorton

The situation I dealt with in real life give parents three primary takeaways:

Studying the Thorn survey results above makes it clear that we need to make double and triple sure that kids know we’re safe. That NO MATTER WHAT is happening online, that they can land safely and softly with us.

Maybe show then the Thorn image with the stat that only 1 in 3 ever say anything because of shame. Then say, “but there’s NO shame between me and you. There’s absolutely nothing you can tell me that would make me love you any less.”

And, give them an alternative. Did you know that Thorn has their own sextortion counseling line? It can help de-escalate a potential sextortion situation. Just have your child text the word Thorn to 741741 – maybe program this in their phone.

One of your best helps here is to get a GREAT router! One that can shut off your WiFi for devices without data plans. Then, turn in devices WITH data plans.

[BTW, Gryphon is our choice for routers – use “pyefriends15” at checkout for an awesome, PYE-only price!]

#3 Monitor the apps your kids use.

We spend a lot of time staying current on the latest apps, because we know that’s where kids spend most of their time. Parents really need to review their kid’s smart devices often to make sure they understand what apps are being used and also have measures in place to restrict app downloads. It’s much easier to do this on Apple’s devices than on Android, but it’s possible on both.

**WAIT, Chris, my kid has already been sextorted, how should we respond?

*Disclosure: Some of the links in this post are affiliate links, meaning, at no additional cost to you, we will earn a commission if you click through and make a purchase. We constantly test products to make sure we only recommend solutions that we trust with our own families.