The Complete Guide to Oculus Quest 2 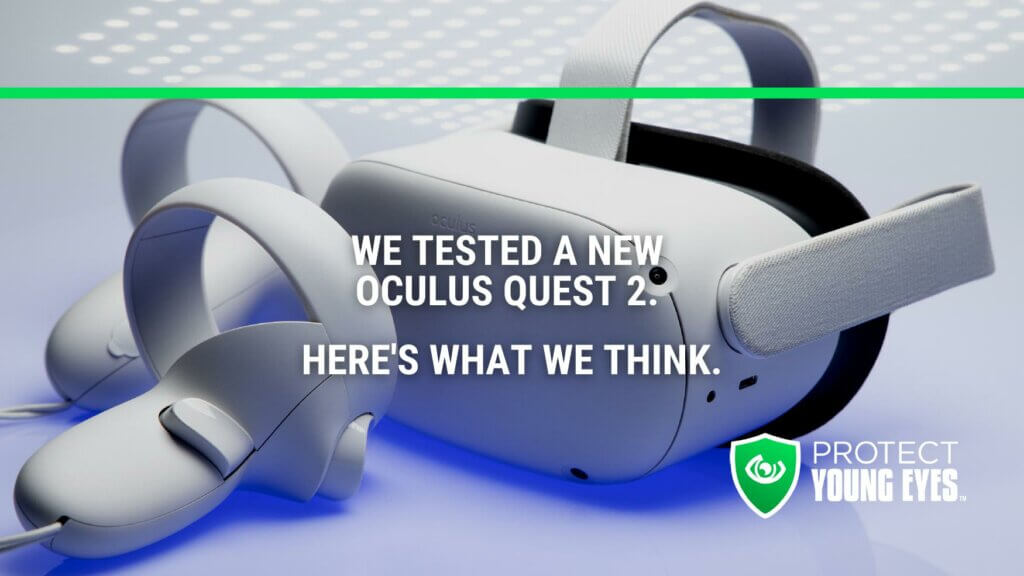 The Complete Guide to Oculus Quest 2

Help! My Kid Wants an Oculus!

The most popular virtual reality (VR) hardware belongs to Meta’s Oculus (formerly Facebook). And as more games a videos offer a VR experience (YouTube has an entire VR channel), more kids are asking parents for an Oculus Quest 2.

I purchased an Oculus this week and performed a full review so that parents know exactly what the risks are and can make an informed decision about what’s best for their kids, now that virtual reality is mainstream.

VR has educational, therapeutic, and amazing experiential uses. Especially during lock-down periods when it’s not possible to physically visit certain places. Or maybe someone’s health or age prevents them from visiting an exotic or natural place that’s always been on their bucket list. VR can give them that experience. Nothing beats the real thing. But if the real thing isn’t possible, then VR can be a good surrogate.

VR also has amazingly helpful training uses for the military and in the medical field. The University of Washington Medical Center is now using virtual reality video games instead of addiction-forming narcotic painkillers (e.g., morphine) as part of its pain-management program for severe burn victims. By playing the game SnowWorld through a set of VR goggles and using a joystick to throw snowballs at cute penguins, severe burn patients find that their sensation of pain decreases greatly while playing the game.

Key Features in the Oculus Quest 2: 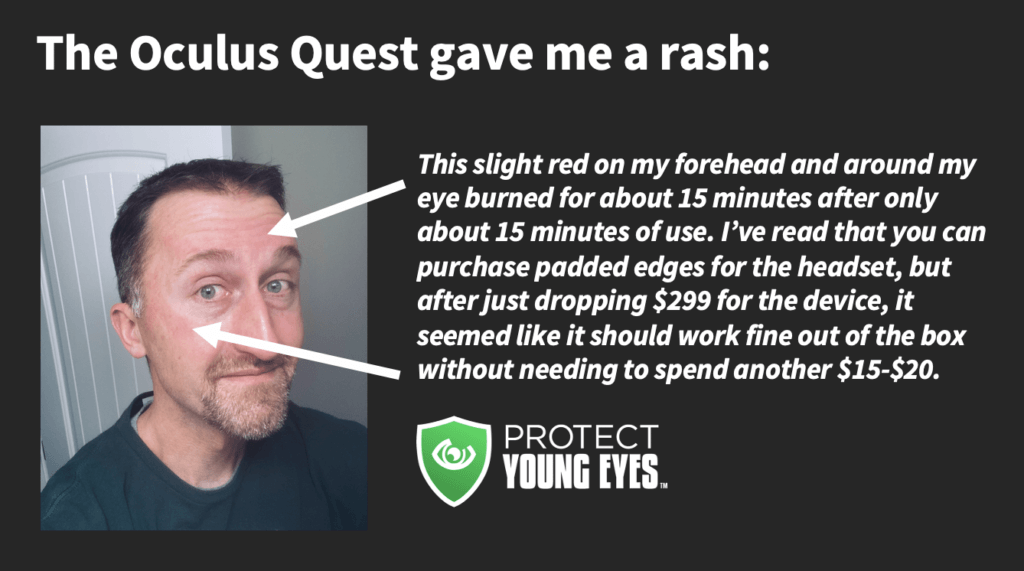 Other Considerations for Parents Who Might Purchase an Oculus Quest 2:

For me, Oculus Quest (and all virtual reality) just makes me nervous with kids. If a router is in place, the device is synch’d to a parent app, and there’s minimal use, I’m sure a few parents will say that it’s a lot of fun. It’s the brain side that is the greatest unknown and source of potential concern for me.

Should adults use Oculus Quest? It’s up to you! Our adult brains are definitely more ceramic (rigid and formed). We don’t know much about any long-term impacts of virtual reality on us, so listen to your body and (as an adult) use cautiously.

Keep learning about the best ways to learn about new tech like Oculus with The Protect App!

There might be affiliate links throughout this post because we’ve tested and trust a small list of parental control solutions. Our work saves you time! If you decide that you agree with us, then we may earn a small commission, which does nothing to your price. Enjoy!

1 thought on “The Complete Guide to Oculus Quest 2”