July 16, 2018 Update: due to low usage, Facebook (who acquired TBH eight months ago), has decided to shudder this app. After an initial 5M downloads, the app’s usage tanked, maybe because being owned by Facebook made it uncool. You can read about two other apps being shutdown by Facebook here. 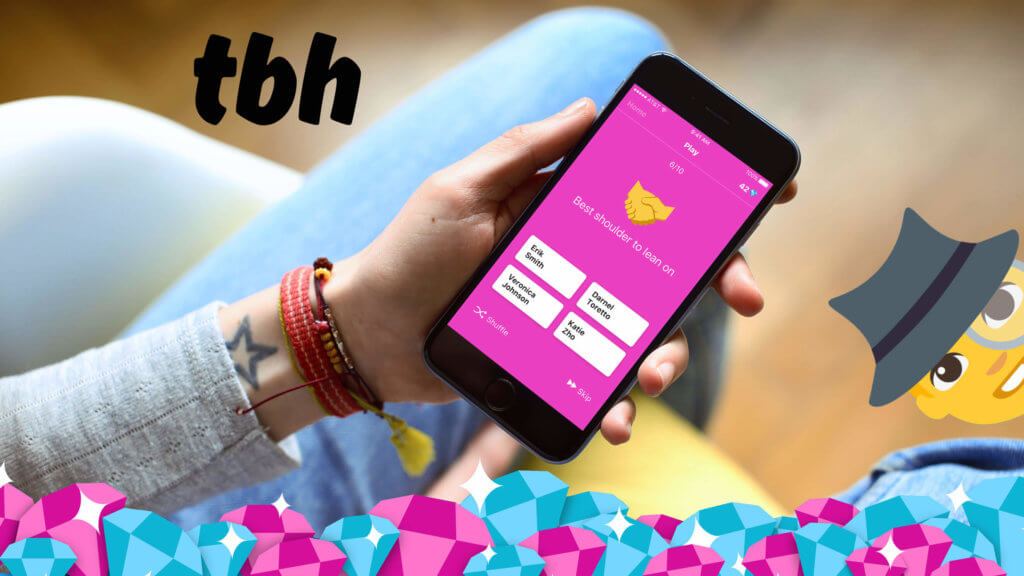 What is the TBH (to be honest) App?

Description: TBH is turning anonymity positive. With over 1 million downloads according to its developers, the app has become a huge hit, rocketing to #1 in the app store. Taking individuals from your own contact list, TBH generates “positivity polls,” allowing users to compliment their friends/contacts via feel-good quizzes, like “Who’s the sunshine on my cloudy days?” Currently, it’s only available in 19 states, with more being added weekly (as of 10/2/17: Pennsylvania, Ohio, Oregon, New Jersey, New York, Florida, Washington, Texas, California, Connecticut, Massachusetts, Rhode Island, Georgia, Indiana, Maryland, Michigan, Delaware, North Carolina, and Nevada).

What do Parents Need to Know About TBH?

In a world of anonymous negativity, this app is a breath of fresh air.  Our usual stance is that anything anonymous isn’t meant for teens. TBH is challenging the status-quo with a bent on making feedback positive. So far, it’s features are doing a very good job, and we approve of its use for those who parents believe are old enough to handle the pressures of social media. Stay-turned – should the app ever allow direct messaging or free-form text, we will change our assessment.

Related: What’s the Right Age to Give My Kid Social Media?