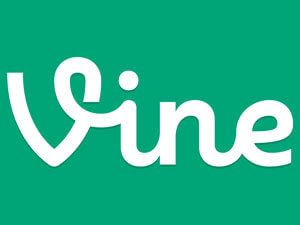 Description: Vine was Twitter’s video-sharing app – users create short (6-second), looping videos, which can be easily shared through a tweet, also allowing people to be tagged and use hashtags. Videos from Vine’s Make-a-Scene app play automatically. Vine videos can also include different clips stitched together into one video, rather than just allowing one continuous shot. Twitter was quoted as saying that the brevity of the videos, “inspires creativity,” and they are correct! It can be accessed as an app or through the website: https://vine.co

**December 2016 Update: it was announced in October that Vine will be shutting down. The most recent update is that the app is changing to become more like a camera. Here’s the latest news.

Searching for Trouble – in the app version, you must log-in to use it, but not so on the web version, which you can search without logging in. Of course, viewing inappropriate videos is just part of the problem with Vine. The risk of your teen creating and sharing mature content of their own is real. The short video format seems to increase the risk tolerance of users – it’s amazing how much trouble one can cause in just six seconds.

Location – the app has the capability of finding users in your area using the app’s geo-locater, and it can easily become a predator’s tool.

Send a Message – Vine has recently introduced messaging. That goes for both “friends” in the user’s network and “other,” meaning people you don’t know. While it can be a fun way to communicate, messaging can also be a way for kids to bully other kids. In addition, unless your kid turns off the messages from “others,” ANYONE can message them. Messaging can also lead to sexting.

Some Blockage – the Vine app and website can be effectively blocked with OpenDNS on both Apple and Android devices, using the “video sharing” category. But, there aren’t tools for monitoring Vine activity, i.e., search history within the app.

The Kids and teens love videos, and without proper monitoring, they will be easily hooked on watching what Vine has to offer and could stumble into something inappropriate. Although Twitter seems to have increased its internal monitoring of Vine material, the risk is still high for young internet users. As a general rule, if an app cannot be easily monitored, parents will want to consider whether it’s appropriate for young users. Parents should take caution when deciding if their younger kids should use this app based on the risks noted.